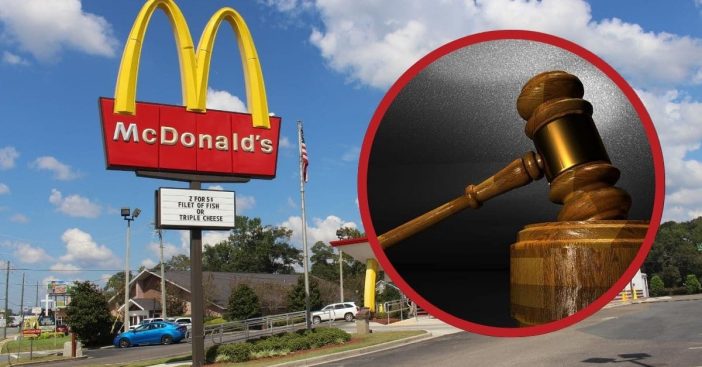 On Tuesday, 52 black plaintiffs filed a suit against McDonald’s. They took their suit to a court in Illinois, where the fast-food chain’s headquarters is. They claim McDonald’s broke anti-discrimination laws and kept them from opportunities white franchisees had.

In particular, the plaintiffs claim McDonald’s restricted them to low-income neighborhoods and areas. This greatly impacts where funds go and how much traffic the restaurants see. As a result, their annual income fell short of the national McDonald’s franchisee income by hundreds of thousands of dollars.

In response to the lawsuit, McDonald’s claimed the chain only recommends places for franchisees to work, but the decision remains with the franchisee. The fast-food restaurant then also said that it sent the franchisees to a wide variety of diverse locations around the country. Finally, it insisted it did, in fact, give high-performing locations to black franchisees. According to Today, multiple plaintiffs owed money to the chain after exiting.

A statement from the chain further says, “These allegations fly in the face of everything we stand for as an organization and as a partner to communities and small business owners around the world. Not only do we categorically deny the allegations that these franchisees were unable to succeed because of any form of discrimination by McDonald’s,” it went on. “We are confident that the facts will show how committed we are to the diversity and equal opportunity of the McDonald’s System including across our franchisees, suppliers and employees.”

What do the plaintiffs claim, exactly? Investigations actually began in February. In December of last year, Business Insider noted a decline in black franchisees. This while McDonald’s more than doubled its location count. A steep decline coincides with Don Thompson’s departure. Thompson was McDonald’s first black CEO. The lawsuit claims this trend is deliberate and the product of racism.

Attorney James Ferraro represents the plaintiffs. He notes, “Revenue, at McDonald’s, is based on one factor and one factor only: location. It has nothing to do with the taste of a Big Mac. You don’t go to a different McDonald’s because the Big Macs are better. You go to the closest McDonald’s, period.” But black McDonald’s franchisees found themselves at low-income locations. There, security and insurance costs worked with now income to make those locations less profitable. Meanwhile, the plaintiffs claim, McDonald’s presented misleading information to them about location profitability. As a result, while the average for the plaintiffs amounted to $2 million, this is $700,000 less than the national average from 2011 to 2016.

Click for next Article
Previous article: Loretta Lynn Convinces Fans She Got Married To Kid Rock
Next Post: 79-Year-Old Martha Stewart Looks Gorgeous While Having A Night Out In Maine