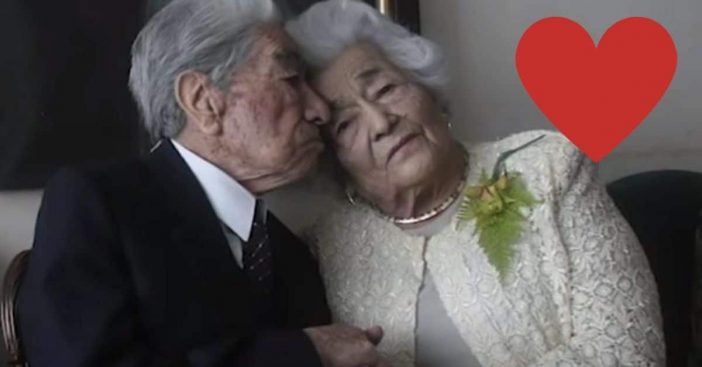 Their daughter Cecilia said they are both in good health but have been a little bit depressed during the pandemic. Previously, they loved big family get-togethers but obviously those have been halted due to the pandemic. Perhaps their new Guinness World Record cheered them up!

Julio and Waldramina were married on Feb. 7, 1941, in La Iglesia de El Belen. It was the first church built by the Spanish in Quito. They still live in Quito and both are retired teachers. During their long life together, they have four surviving children, 11 grandchildren, 21 great-grandchildren, and one great-great-grandchild.

Cecilia said, “her father enjoys watching television and drinking milk and that her mother, who enjoys desserts, likes to read the newspaper every morning.” So sweet! Congrats to Julio and Waldramina, and their family! In conclusion, learn more about their story below: