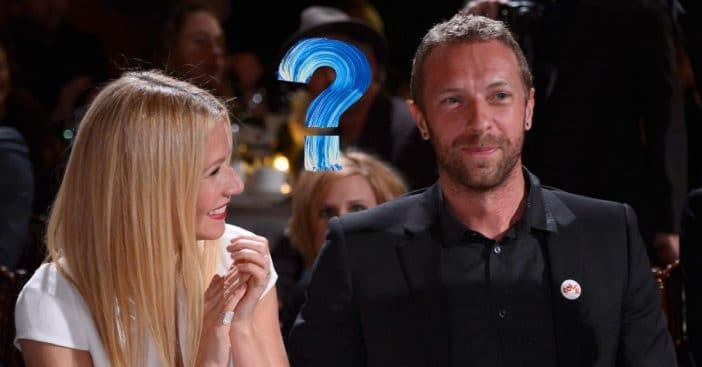 When Gwyneth Paltrow and Chris Martin split up in 2014, it both confused and shocked fans. They had been married since 2003 and had two children together. When they broke up, they said they were in a “conscious uncoupling.” Many wondered what that actually meant.

At the time, they both shared their side of the story to fans. Basically, they just wanted privacy to navigate their new relationship as co-parents instead of husband and wife. Later, Gwyneth spoke out about what led to the split. She admitted she realized it was truly over on her 38th birthday.

Gwyneth and Chris talk about their “conscious uncoupling”

She wrote, “What I do remember is that it felt almost involuntary, like the ring of a bell that has sounded and cannot be undone. The inadvertent release of a helium balloon into the sky. I tried to quell that knowing, to push it far down. I tried to convince myself it had been a fleeting thought, that marriage is complicated and ebbed and flowed. But I knew it. It was in my bones.”

RELATED: Did Gwyneth Paltrow Violate Her Daughter’s Privacy? See The Screenshots Of Their Messages

She talked about how much fun they had together and they were best friends. However, she said she always felt some “unease and unrest” about being a couple. They loved their kids, but their relationship just wasn’t going to work long term.

She continued, “We did not want to fail. We didn’t want to let anyone down. [We] desperately didn’t want to hurt our children. We didn’t want to lose our family. The questions, both philosophical and tactical, seemed unfathomable: who sleeps where, how does bath time work, what do we say to the kids? I bent myself into every imaginable shape to avoid answering them.”

This is when they found out about “conscious uncoupling.” She said that they didn’t really like the term at first, but their therapist explained what it truly meant. It meant they could still be a family even though they were no longer a couple. It all comes down to the kids and doing what is best for them. That’s truly what every parent wants.

As of now, it seems to be working out for them. Now Gwyneth is married to Brad Falchuk and Chris is dating actress Dakota Johnson.

Click for next Article
Previous article: Dolly Parton Releasing Her First Christmas Album In 30 Years
Next Post: The Untold Reason Behind McDonald’s Departure From Ronald McDonald