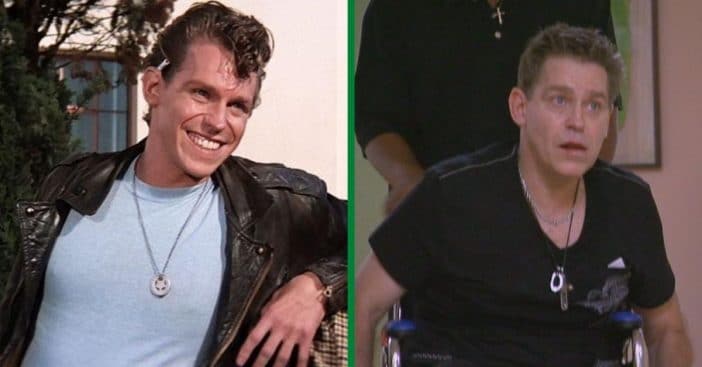 We all remember Kenickie from the hit 1978 musical movie Grease. He was personally my favorite of the T-Birds as he stole the hearts of so many young, admiring women watching the film in theaters. Jeff Conaway was in charge of making the role of Kenickie come to life, and he did a damn good job of it.

His first acting credit begins in 1963 with a one-off role in the TV series The Doctors. His next credit wouldn’t come until 1971, an extra role in the film Jennifer on My Mind. However, by ’75 he did manage to secure a one-off role on the hit show Happy Days, which then allowed for a more consistent acting repertoire to be built.

Jeff Conaway takes off with success

Of course, Grease came in 1978 and it was a huge hit. Over 40 years later, various generations of people know that ‘Grease’ is the word! Following the success of Grease, Conaway would go on to star in the TV series Taxi from 1978 to 1982. He also had a recurring role on The Bold and the Beautiful and Babylon 5. It seemed like things were going really well for Conaway in terms of his professional career.

However, that was not the case. Following an injury sustained while on the set of Grease, he turned to substances to help ease the pain. By the mid-’80s, he experienced a crisis and came to terms with the fact that he had a drug problem. He underwent rehab treatment in the late ’80s and spoke openly about his addiction problem.

In the mid-2000s, Conaway relapsed. He ended up appearing on the VH1 reality series Celebrity Rehab with Dr. Drew. While on the show, he revealed that he was addicted to cocaine, alcohol, and painkillers. Not only that but was also in a co-dependent relationship with his girlfriend, who was also a user of prescription opiates.

Viewers learn more about his past

Upon showing up at the rehab center for the first episode, Conaway showed up in a wheelchair, drunk, and unable to speak coherently. Due to this, his episodes drew a lot of attention. His second episode shocked many, as he revealed to Dr. Drew that he was thinking of killing himself as he was fed up with his back pain and withdrawal symptoms. Not to mention the allegedly needed assistance when simply using the bathroom. He was also on Celebrity Fit Club for a short time but was pulled from the show after his antics.

Viewers also learn that Conaway had undergone a tortured childhood, and was also a victim of pedophiles and child pornographers. He also reveals that he had been an addict since he was just a teen. Sadly, by May 11th, 2011, Conaway was found unconscious due to an overdose of various substances believed to be pain medication. Doctors found that the actor was not suffering from a drug overdose, but rather pneumonia with sepsis. In addition, his drug usage clouded his ability to recognize how ill he was and receive treatment.

What did Jeff Conaway die from?

By May 26th, Conaway’s family decided to take him off life support and he was pronounced dead the following morning at age 60. An autopsy performed on him concluded that he died of various causes. This includes aspiration pneumonia and encephalopathy, attributable to drug overdoses.

Ultimately, the overdose was deemed an accident and not a suicide attempt. “Jeff was a severe, severe opiate addict with chronic pain, one of the most serious and dangerous combination of problems you could possibly interact with,” shared addiction medicine specialist Dr. Drew Pinsky. “The pain seemed to be motivating him back to the opiates, and I told him for years that it was going to kill him.” His family stayed by his side as the doctors removed the life support equipment on May 26.

A truly troubled and sick man, we miss Jeff Conaway so much and will always remember him best in his biggest roles.