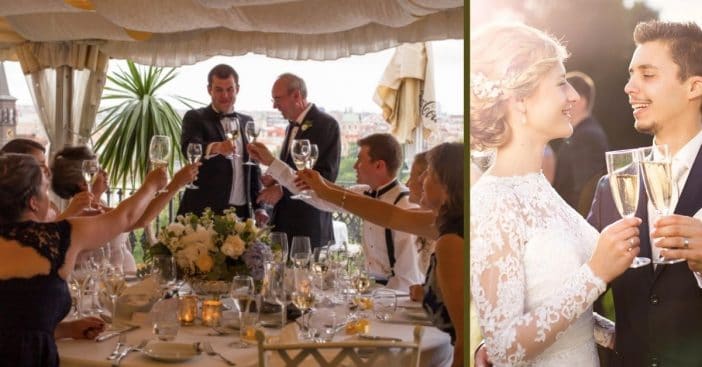 One couple’s strict guidelines for guests attending their wedding has gone viral and it’s very interesting, to say the least. The groom-to-be details in a Reddit post the rules that he and his fiancée have for their guests. “We have been clear from the very start that the dress code will be fully enforced,” he writes on Reddit.

“The invitations we sent explicitly told our guests what we’d be expecting from them (white tie, no unnaturally dyed hair, no visible tattoos or piercings) and that they were free to decline the invitation if they had a problem with this.”

He said the reason for the strict dress code was because of the wedding photos. “One thing we are really looking forward to is our wedding shoot,” he says. “We have spent a large amount of our own money on a photographer, who we hired after weeks of research and shopping recommendations. The photographer is highly, highly sought after in our area and we were lucky to book him last year in advance. So naturally we are taking this seriously.”

RELATED: Rude Wedding Invitation Is Causing Outrage Across The Internet

However, in response to this, many of the guests are responding asking for more flexibility. This includes a guest who asked to bring flats to wear after the ceremony. But, so far, it looks as though there’s no hope for guests who want a bit more flexibility. The bride and groom-to-be refuse to accommodate.

“In our opinion, while wearing knee-length dresses and suits (rather than a tux) might be appropriate for ‘day to day life,’ they will doubtlessly look out of place at a wedding that is supposed to be fully formal,” the groom responds. “We are hosting a private event where we are able to set the rules. Having been to other weddings over the years, we have fully complied with the wishes of the marrying couple and we do not see why we should not be given the same treatment.”

He also added that if guests do not want to comply, “they are free to drop out (even though we will still be paying for their seats now) and not attend.”

How people are responding

While a lot of commenters actually agreed with the couple’s rules, they did fear that their guest list would be a lot smaller and less fun. “It is your wedding and you can do what you want, but it’s a wedding, not a photoshoot or a play,” someone writes. “The stuff about piercings, tattoos, and hair color is especially ridiculous. If all you care about is nice pictures, then hire models. That way they’ll look exactly how you want them to look and they won’t complain. If you want an actual party with real people, you need flexibility.”

Another person actually called the ‘no flat shoes rule ridiculous, saying that “there could be older ladies or people who would need to wear flats for medical reasons.” What do you think about these rules?

Click for next Article
Previous article: Whatever Happened To The ‘Guy In The Green Shirt’ Dancer Daniel Levins?
Next Post: Cameron Diaz Opens Up About Finding Peace Leaving Hollywood