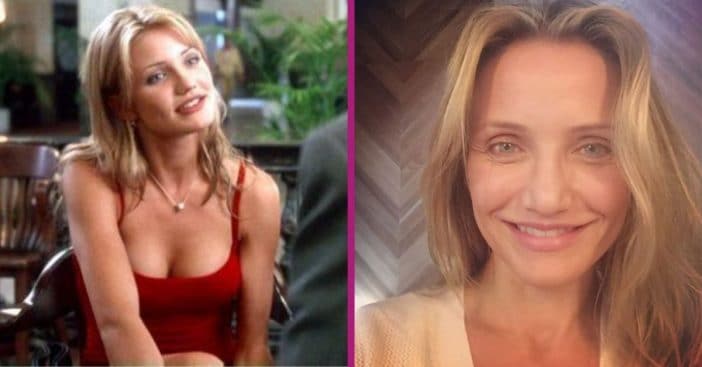 Cameron Diaz is a well-known former actress who is best known for her roles in There’s Something About Mary, Charlie’s Angels, and Shrek. However, at 47 years old, she said she has found peace in her soul by quitting acting altogether. Her last film appearance came in 2014 in Annie. “I got a peace in my soul, because I finally was taking care of myself,” Diaz tells Gwyneth Paltrow on her health podcast.

“It’s a strange thing to say, I know a lot of people won’t understand it, I know you understand it, but it’s so intense to work at that level and be that public and put yourself out there,” she says.

She continues, “There’s a lot of energy coming at you at all times when you’re really visible as an actor and doing press and putting yourself out there.” Diaz would go on to officially confirm her retirement from acting in 2018. However, she has stated that she does not rule out a return to acting one day.

Diaz’s breakthrough was in the 1994 film The Mask alongside Jim Carrey. She previously has said that the pressure of making multi-million dollar movies was “overwhelming” but that actors were “mollycoddled” and wanted to be more self-sufficient.

Inspiration from other actresses

Diaz continues, “I stopped and really looked at my life. When you’re making a movie, they own you. You’re there for 12 hours a day for months on end, you have no time for anything else. I really needed to know that I could take care of myself, that I knew how to be an adult.”

Diaz married Good Charlotte musician Benji Madden in 2015 and they share a daughter, born in December 2019. She also credits her friend, Paltrow, for encouraging her to become a mom. “Being a mother at the age that I am, I don’t think I could have been this parent at 25,” Diaz admits. “I would not have become a mother if it wasn’t for you,” she tells mom of two Paltrow.