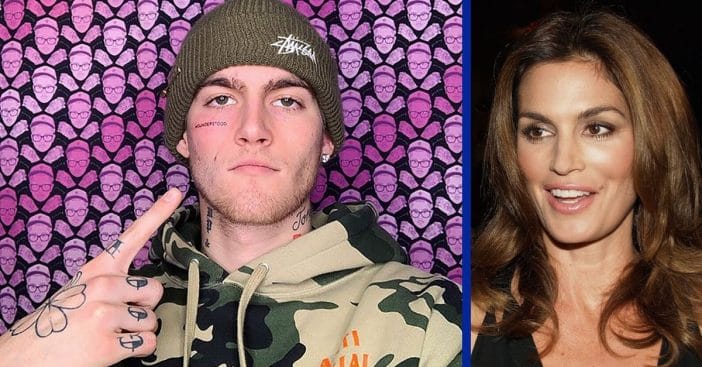 The 20-year-old model son of Cindy Crawford, Presley Gerber, is defending his newest tattoo against critics. He recently made the decision to get a face tattoo and there has been a lot of backlash after showing it off in a recent Instagram live video. “You don’t know how I feel. You’re not in my head,” he says in a clip posted to Twitter.

He was asked about the meaning of the tattoo, which reads “MISUNDERSTOOD.” For instance, the tattoo can be seen on his right cheek. Presley replies,  “I don’t feel very understood, I guess.” In the same video, he challenges his critics to voice their negative opinions of him. “If anyone has s— to say to me about this, or anything else, or my family, or how I grew up … I will give you my address — I promise — and you can come say it to my face.”

He continues in his video to viewers, “If I thought this was going to ruin my face or I didn’t want this, I wouldn’t have done it. I think that’s a pretty obvious thing. It says ‘misunderstood’, because that’s how I felt my entire life.” Model Cameron Rorrison interjects in the video saying, “His parents love it, by the way.” Despite this claim, in the caption of one of Presley’s photos documenting the new ink, he writes, “Sorry mom.”

RELATED: Wife Is “Horrified” After Husband Gets Tattoo Of Her Snoring As A Prank

However, he has been getting a lot of negative comments on the tattoo. “Sweet Jesus. The only thing misunderstood is that tattoo. You just ruined your canvas,” one person says. Another says, “Are you really that misunderstood? Having all the money at your disposal is never a good thing in life. You must be so bored. Hope you do something good in the future with it.”

Despite all the backlash, Presley doesn’t seem to care too much. In conclusion, watch the video of Presley getting his tattoo below: