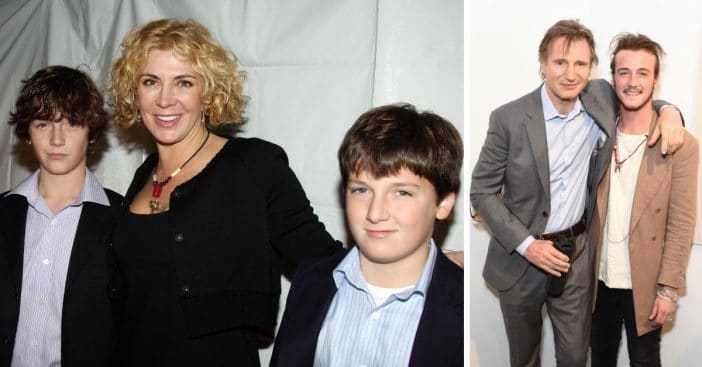 It has been over a decade since the world lost actress Natasha Richardson. Her son Micheál is now 25 years old and still can’t believe his mother is gone. He admitted that he doesn’t think he fully comprehends the loss, even now.

Natasha died at the young age of 45 after a fall while skiing. At the time, she was married to actor Liam Neeson and had two children, Micheál and Daniel. They were 13 and 12 at the time. Micheál now uses her last name to honor her memory.

“I think the pain was a little too overwhelming,” he said. “I think the mind is very powerful, and subconsciously, or unconsciously, it can protect you. That’s what it did when she passed. I just pushed it aside and didn’t want to deal with it.”

Micheál said that his favorite movie that his mother did was The Parent Trap remake in 1998.  “That’s more or less what she was like,” he said. “She was this sweet, amazing mother figure — my best friend. She had these amazing, big welcomes when we’d come home or she would come home. I’m so lucky because I have her captured on film.”

These days, Micheál is following in his mother and father’s footsteps. He will appear in a new movie with his father called Made in Italy. The movie comes out on August 7, 2020. According to IMDb, the movie is about “a bohemian artist who travels from London to Italy with his estranged son to sell the house they inherited from his late wife.”

He added, “I think as I get older, keeping my mom more in mind and doing things to honor her allows me to remember her and to go through the grief, and properly heal.”

Watch the trailer for Made in Italy below: