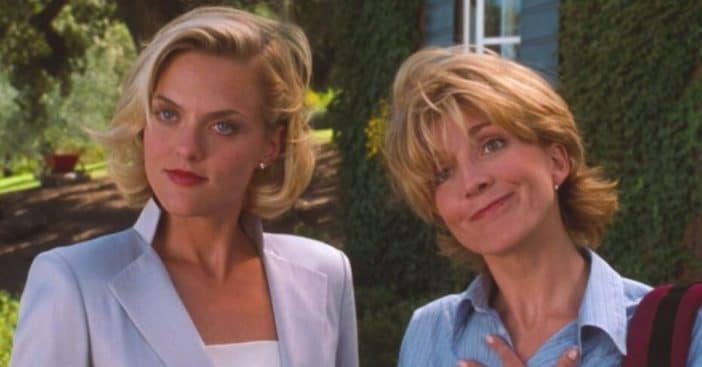 Elaine Hendrix worked with the late Natasha Richardson in the 1998 film The Parent Trap. The movie also starred Lindsay Lohan and Dennis Quaid. Elaine is now opening up about what it was like to work with Natasha and how in love Natasha was with her husband Liam Neeson.

She continued, “She would get all dreamy and we would all go, ‘Oh.’ Like we all just basked in her love and adoration for him and her family, which made what happened just all the more tragic. They were truly and deeply in love. And she was crazy about her kids and in her trailer, she had pictures of them up. And we would go in her trailer at the end of the day and have the Cakebread together. She was just a lovely human being.”

Natasha hit her head during a ski lesson in 2009. For a while, she was okay and only complained of a headache. However, she was later rushed to the hospital and pronounced brain dead. Liam Neeson once shared more about the devastating experience of saying goodbye to her.

He revealed, after seeing her x-ray, “And I went…to her and told her I loved her. Said, ‘Sweetie, you’re not coming back from this. You’ve banged your head. It’s – I don’t know if you can hear me, but that’s – this is what’s gone down. And we’re bringing you back to New York. All your family and friends will come.’”

So sad to lose such a beautiful soul! Did you watch Natasha in The Parent Trap?

Click for next Article
Previous article: Princess Diana’s Life From Fairytale Beginnings To Tragic Twists
Next Post: Grace Kelly’s Granddaughter Is 23 And Looks Just Like Her