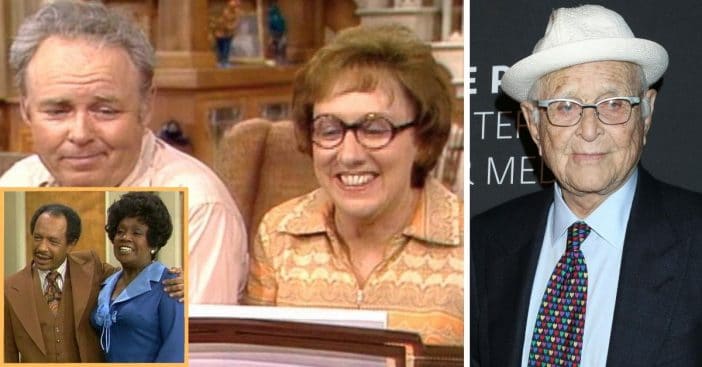 Norman Lear turns 98 years old and has remained one of the most renowned television writers and producers of our time. He has produced many notable and nostalgic sitcoms such as All in the Family, Good Times, Maude, The Jeffersons, Sanford and Son, and many more.

Many aspects of his life would later inspire the characters that we’ve come to know and love. One of the most recognizable characters is that of Archie Bunker, who many will know from All in the Family. At just 9 years old, Lear’s father went to prison for selling fake bonds. Lear admits that the character of Archie was partly inspired by his father and Edith Bunker, his wife, inspired partly by his mother.

There are some other Lear shows that have been rumored to include characters inspired by his real-life circle of people. This includes his wife, Frances, whom he was married to from 1956 to 1986. According to Wikipedia, “Maude, while reputedly based on Lear’s wife, was actually the brainchild of series writer Charlie Hauck; however, Frances herself would acknowledge that the show’s title character was based on her.”

RELATED: How Archie Bunker Forced People To Look Inside Themselves And Shape Up

Most of Lear’s sitcoms were largely focused on the social and political climate of that era. However, some of them were deemed too controversial for their time. TV series Mary Hartman, Mary Hartman was one of the shows turned down by networks for this reason alone. As a result, the show only lasted two seasons.

A focus on social and political issues

Similar to the success of All in the Family, The Jeffersons would go on for 11 seasons total, spanning 253 episodes. The show was groundbreaking in that it was the first show to feature an interracial married couple. The Jeffersons also touched on issues like alcoholism, racism, suicide, gun control, being transgender, and more.

The show actually came as a spin-off of All in the Family as the Jeffersons were the Bunker’s neighbors. And if you remember how the Bunker family was, you can imagine this neighborly relationship was very interesting!

A comeback could not compare to his original greatness

While Lear’s most successful sitcoms came out in the ’70s, he would return to TV production again in the ’90s. He produced shows such as Sunday Dinner, The Powers That Be, and 704 Hauser. That last show on the list actually focused on putting a different family in the All in the Family house. However, none of these shows proved to be as successful as his nostalgic and memorable ’70s sitcoms.