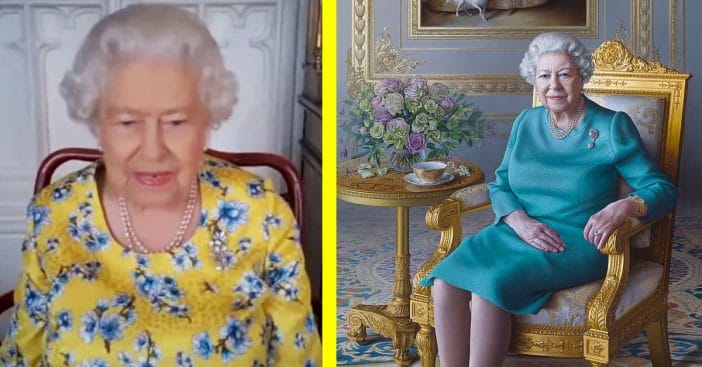 Queen Elizabeth attended her first virtual portrait unveiling. The portrait is of the Queen wearing a blue dress, sitting in a beautiful chair. The portrait was done by the winner of the 2018 BP Portrait Award, Miriam Escofet. According to PEOPLE, the portrait “celebrates the longstanding relationship with the Queen and the Foreign and Commonwealth Office (FCO), as well as all of the contributions the monarch has made to U.K. diplomacy throughout her reign.”

The portrait will be on display at the FCO office. Queen Elizabeth praised the artwork and said she hopes she gets to see it in real life one day. She also thanked the staff at the FCO for all of their hard work.

She said, “It sounds as though everybody in the FCO has been doing the most incredible work. I must say I’m very impressed to hear about it.”

Sir Simon McDonald, Permanent Under Secretary and Head of the Diplomatic Service at the FCO released a statement as well. For instance, he said, “Her Majesty The Queen is our best diplomat. This beautiful new portrait is a tribute to her lifetime of service and we’re glad our many visitors will see it for years to come.”

Miriam Escofet added, “It was a huge honor to paint a portrait of Her Majesty and to join The Queen to unveil the portrait virtually. I wanted the portrait to capture Her Majesty’s humanity, her radiance and her warmth, which came through so strongly in the two portrait sittings.”

In conclusion, watch the unveiling video below: