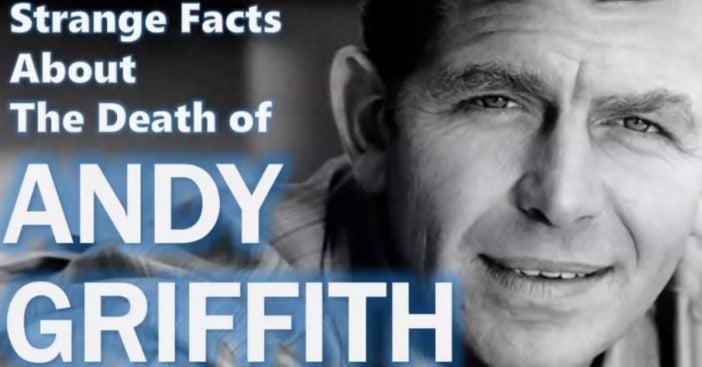 When Andy Griffith passed away suddenly in 2012, the world mourned the loss of a man who symbolized life in a simpler time.

As Sheriff Andy Taylor on The Andy Griffith Show and then later as lawyer Ben Matlock, Griffith played characters who embodied goodness and dispensed down-home folksy wisdom. This often made more sense than the chaos that surrounds each one of us when we turn on the evening news or watch the latest reality TV show that the networks churn out more and more frequently.

Griffith was buried immediately after his death

Andy, at his core, represented normalcy. However, the hours immediately after Griffith’s death were anything but. You would think that someone as beloved as Griffith would merit some sort of public viewing and a formal funeral, but in Andy’s case, that was not what happened.

In fact, Andy was buried just five hours after his passing, which was done at the family’s request. It’s hard to say why that decision was made. Was it made because of some sort of religious conviction? Or, did Andy just not want a big fuss made over him after his demise? Again, nothing is certain.

Maybe Andy and his third wife just made the decision that it would be better off to not move forward with the traditional formalities. Nevertheless, it is odd that by the time that most people were learning about Griffith’s passing, he was already buried.

His gravesite is also private

Since we are talking about Griffith’s burial, while you can visit the graves of Don Knotts, Frances Bavier, and even the mausoleum where Howard McNear (Floyd the Barber) lies, if you would like to visit Andy’s gravesite and pay your respects, you’re out of luck.

Griffith is buried on private property on his Roanoke island estate. Some folks believe that this is because Andy, despite his public persona, was a private person in life and most likely desired to maintain his privacy in death.

About a year after Griffith’s passing, his widow made the decision to demolish a small Roanoke island home that Andy had purchased in the ’50s. It was a home that Griffith had told some friends that he would have liked to have seen turned into a museum. That said, the demolition took place and a little bit of history was gone just like that.

Fortunately, there is already a wonderful Andy Griffith museum located in Mount Airy, NC. Home of the single largest collection of Andy Griffith memorabilia, this small but mighty museum features hundreds of items from Andy’s life and his career in theater, film, and music. It is a “must visit” destination for any die-hard fan of The Andy Griffith Show.