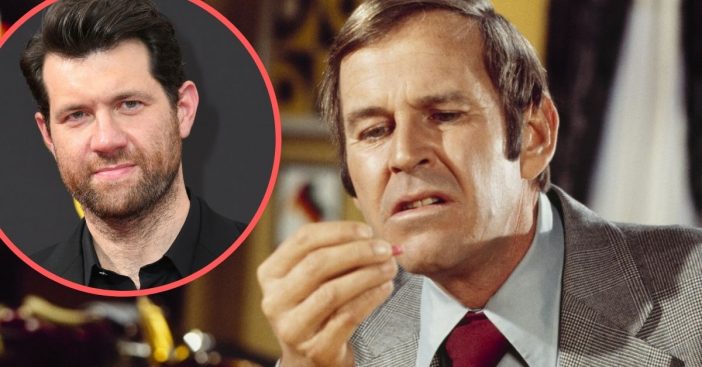 Deadline has confirmed that actor and comedian Billy Eichner will play Paul Lynde in a new biopic. The biopic is titled Man in the Box and is based on the life of Paul Lynde. Paul was a huge television star who appeared most famously on Bewitched and Hollywood Squares.

While Paul began acting in the ’50s, his breakout role was in 1963 as Harry McAfee in Bye Bye Birdie. After that, he appeared in The Munsters, The Beverly Hillbillies, I Dream of Jeannie, Bewitched, and more. In Bewitched, he played the beloved role of Uncle Arthur.

In the ’70s, he had his own short-lived show called The Paul Lynde Show. However, he was soon cast on Hollywood Squares where he was quite successful and hilarious. Did you love watching him on the game show?

Billy Eichner is an up and coming actor, best known for his comedic show Billy on the Street. He was more recently the voice of Timon in The Lion King. Billy has expressed his excitement to be able to portray such a legendary star. Billy said that Paul seemed to be a complicated guy and hopes to do him justice.

Billy admitted, “He’s [Paul] a complicated person, who didn’t always believe in himself, as much as he should have. But one has to ask, why? Why didn’t the culture, society, the industry, bolster him the way that it bolstered Woody Allen or Mel Brooks?”

He continued, “He did have demons, and the final thing I’ll say is that when people look back at Paul Lynde, and friends of his like Bruce Vilanch have told me this, if Paul Lynde was around to hear that people were still talking about him, he would be floored, shocked. Because he thought of himself as an afterthought, even though he had ‘Hollywood Squares,’ he was funny, made money, and was famous. He thought the world would view him as a punch line.”

No word on when Man in the Box may premiere. It is still in the early stages.

Click for next Article
Previous article: This Scene In ‘Mrs. Doubtfire’ Was Totally Improvised By Robin Williams
Next Post: An Anonymous Man Loaned Carol Burnett $1,000 To Help Start Her Career