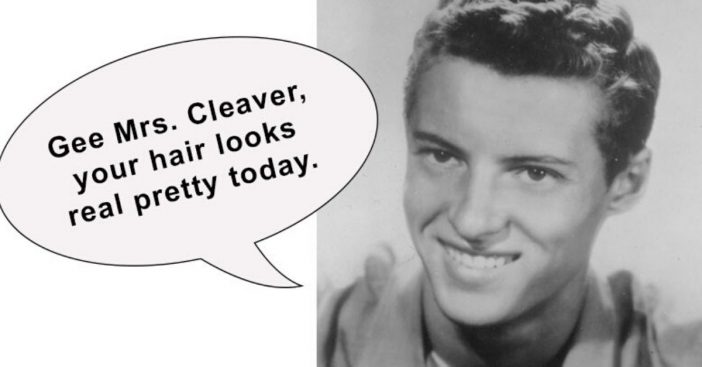 Eddie Haskell on Leave it to Beaver become the idiom of a slick troublemaker. He had all of the adults in the show believing he was an angel! They all loved him. However, he was really a suck-up and a troublemaker. He was always getting the other kids in trouble and they hated it.

Sadly, today we lost a legend. Ken Osmond, who embodied Eddie, died at the age of 76. When fans learned of the news, many began to pay tribute by sharing some of their favorite Eddie lines or stories from Leave it to Beaver.

Tweets that pay tribute to Ken Osmond aka Eddie Haskell

Eddie Haskell
He was so funny on The Beaver. Some of the things Eddie Haskell said just cracked me up. Ken was great at it.😁😁😁😢😢😢 pic.twitter.com/30vGrVeDrE

Many fans talked about how incredible Ken was at playing Eddie onscreen. He was so funny and truly made everyone laugh. In fact, his character was only supposed to play a minor role in the show. But, Ken was so good they decided to make Eddie a bigger role in the show.

Whether you loved or hated Eddie, all of his scenes were so comical! Many fans pointed out that he was such a weasel. Others suggested that Wally only hung out with him to try to keep him out of getting into even bigger trouble.

In addition, Eddie Haskell had a huge influence on pop culture. You immediately knew what someone meant if you referred to a person as an “Eddie Haskell.”

Ken Osmond was so good in Leave It To Beaver. When you said someone was an Eddie Haskell, your meaning was instantly understood. pic.twitter.com/beQAWTq123

Eddie was always complimenting Mrs. Cleaver. Some of the compliments were back-handed, but she didn’t always figure them out right away!

June Cleaver: Why, thank you, Eddie.

Eddie Haskell: My mother says it looks as though you never do any work in here.#popculture #television pic.twitter.com/gZwWKAYRw1

Lastly, Eddie was included in TV Guide’s “50 Greatest TV Characters of All Time” list in 1999. What was your favorite scene on Leave it to Beaver that involved Eddie? 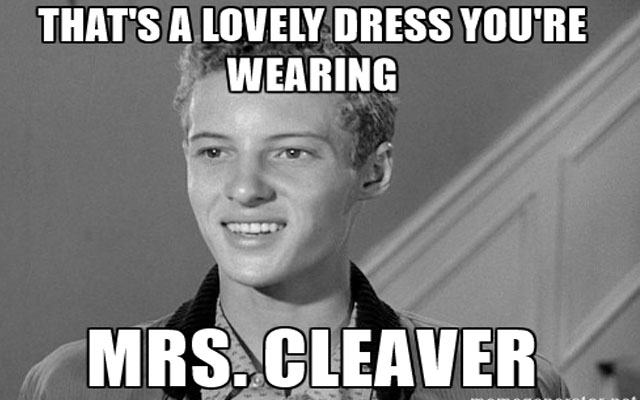 Click for next Article
Previous article: How To Watch ‘Happy Days’, ‘Laverne & Shirley,’ And More This Summer
Next Post: Ken Osmond, From Child Actor Eddie Haskell To Shootouts As A Los Angeles Police Officer