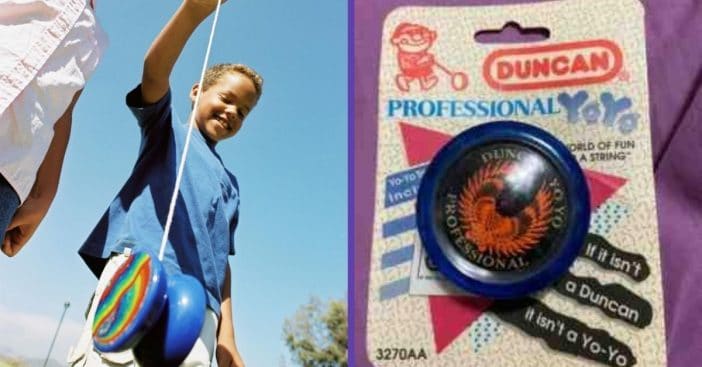 Mastering yo-yo tricks felt like a rite of passage for some. That’s because doing so was no easy feat. Like anything else, it required patience, repetition, and no shortage of bravery. This projectile attached to a string seemed to defy gravity and physics, and all the world loved it for that.

The yo-yo is one of the things in life that simply endured. Its history traces its roots back to the ancient Greeks. It did not stay there, though, becoming wildly popular in just about every continent. So, the yo-yo has temporal and geographic fame. Does it have nostalgic power too?

Perhaps there does exist one thing that all the world can agree on. No matter your faith, heritage, creed, and so on, you probably belong to a group that loved yo-yos. Early vase art shows the ancient Greeks enjoying an early model of the toy for fun. In those days, they used terra cotta, metal, or wood to make the discs. These two discs stayed attached to an axis of sorts and that allowed the physics to happen.

Playing with a yo-yo meant enjoying the entertainment of kings. French nobility loved the item and would frequently use it for entertainment before the revolution. Historical artifacts show the toy enjoying a fierce following throughout India and China, writes How to Adult. But its presence in the Philippines is what got the yo-yo to America. Filipino immigrant Pedro Flores brought his country’s love for the toy with him when he moved to the States. There, he shared his enjoyment with the country by starting the Yo-yo Manufacturing Company, based in Santa Barbara, California. From there, its popularity grew exponentially, even from what it already enjoyed.

Fun in the sun

Yo-yoing can be done anywhere, though they can demand a lot of space. Even getting to the point of performing tricks requires a nice area to move around without damaging anything. So, these bring to light a lot of memories from the warm weather days, outside in the sun, trying to impress one another with increasingly wild stunts.

Though Pedro Flores started up the first big yo-yo company in America, today, if anyone has memories with this toy, it’s from Duncan. That’s because Duncan bought Flores Yo-Yo Company after being founded in 1929. Now, mention yo-yos, and people will immediately reminisce about still having their Duncan model.