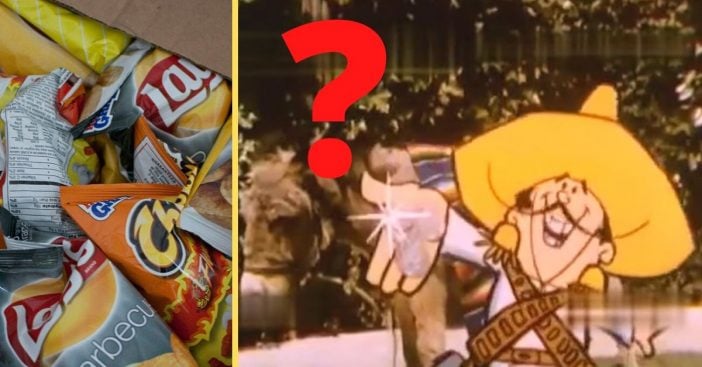 In the ’60s, emerging brands wanted to establish a place in everyone’s collective memory. They used catchy slogans, packaging, songs, and even cartoons. For Fritos Corn Chips, this led to the birth of Frito Bandito.

Frido Bandito’s origins pointed to success for everyone. A talented voice actor and animator both helped bring the unique “mascot” to life. But the mustached man’s story is more complex than that. It is actually laden with division and debate. So, what happened to this loaded success story known as Frito Bandito?

1932 saw the birth of Frito, known for producing and selling corn chips and sauces for dip. It rose against the odds right in the throes of the Great Depression. By the 1950s, the company exponentially expanded around the country. But at that time, any brand name needed to continually work to stay relevant, and Frito was no different.

RELATED: 7 Things You Might Not Know About The Popular Cartoon Cat Garfield

The 1960s came, and with them the cartoon mascot known as Frito Bandito. Celebrated animator Tex Avery brought to life the vision of Belding, Cone, and Foote. In this way, Bandito shares an origin with none other than Bugs Bunny and Daffy Duck. Additionally, Mel Blanc, voice of Speedy Gonzalez and Porky Pig, lent his vocal talents to voice Bandito. Almost all the pieces aligned to give Frito a memorable mascot to replace Frito Kid, who was the company’s mascot from 1952 to 1967.

Ultimately, Frito Bandito was the mascot from 1967 to only around 1971. Not long after, Frito discontinued the mascot altogether and replaced Bandito with the group called Muncha Bunch. This decision stemmed from feedback from advocacy groups who noted racist undertones in Bandito’s design. Shared cites the National Mexican-American Anti-Defamation Committee as the biggest critic of the mascot. The Involvement of Mexican-Americans in Gainful Endeavors added their disapproval to the calls for change. When watching the character, designed after a stereotypical Mexican revolutionary, speaking in a thick Mexican accent, they frowned upon how Bandito robbed people of their chips at gunpoint.

Frito responded by removing Bandito’s gold tooth and stubble. National tragedy made them go further and get rid of his guns after the assassination of JFK. Beyond that, Frito tried to keep Bandito around longer and reportedly conducted a survey that found 85% of Mexican-Americans actually liked Bandito. But the aforementioned advocacy groups pressured stations to ban the commercials and the resulting pressure caused Frito to part ways with the mascot at last. You can watch one such commercial below.