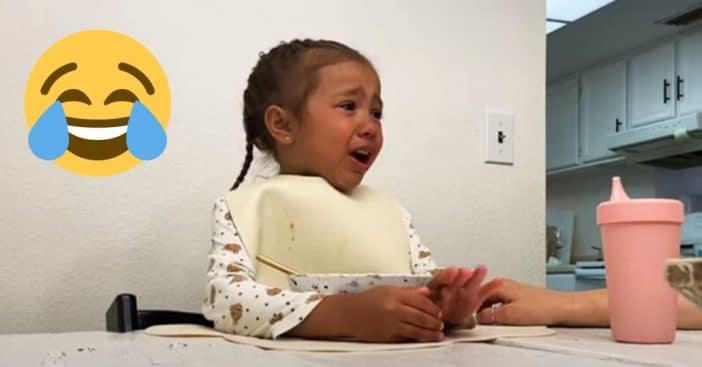 One little girl named Blake McLennan is not happy about the coronavirus lockdowns. When the lockdowns really began, Blake’s parents caught her ranting about what was happening. Honestly, even months later, it is still really relatable. Of course, the number one concern should be about keeping everyone safe and healthy, but let’s admit it… a lot of things are tough right now.

In the video, the then 4-year-old starts going on a rant about the coronavirus pandemic. She says, “Everything in this world has shut all the way down. The ice cream truck is shut down! We can’t go anywhere! Not even McDonald’s, which is my favorite restaurant.”

Little girl captures the frustration of quarantine perfectly in a rant

Her dad reminds her that drive-thrus are still open, but that just isn’t the same for Blake. She was especially upset when school and her dance class were closed. When she started ranting, her dad had the idea to record her. He had no idea that the post would go viral months later.

If you watch the whole thing, you will likely be able to relate to at least some of Blake’s struggles. It goes to show us that all ages are being affected by what is going on in the world.

Blake’s dad said, “We’ve had McDonald’s and Chick-fil-A through the drive-thru, but she misses going in and playing on the playground. She misses dance class a lot. With everything still in lockdown, we’ve just been quaran-teaming as a family the best we know how. We told (Blake) the whole world is being encouraged by her words.”

Watch the cute video below:

Previous article: A Grandma And Her Chihuahua Are An Internet Sensation With Perfect ’60s Covers
Next Post: WATCH: Lou Gramm’s Vocals On ’70s Hit “Feels Like The First Time” Are Just As Rockin’ Today