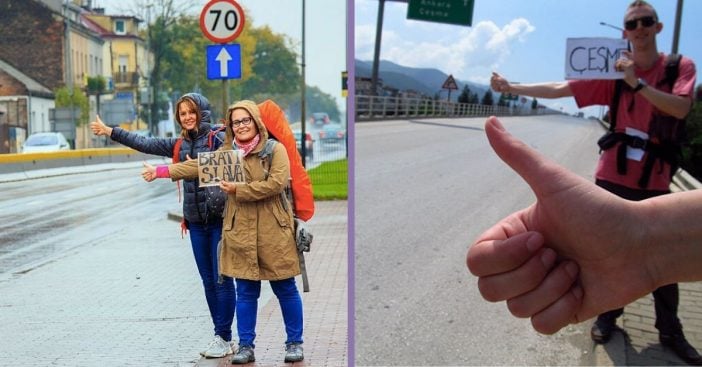 In some states, hitchhiking is now illegal, but in others, it’s legal to a certain extent. Regardless of the laws now, back in the day, people used to do this all the time! It may have been considered safe back then, but the reason for it being questionable now is due to safety. In our 1970s DYR Facebook group, a member asked if anyone has stories about them hitchhiking or picking up a hitchhiker.

While some people didn’t have any stories to share, others will open and willing to tell their personal experiences! The post received nearly 1,000 comments of people sharing their stories.

Here are some of the hitchhiking stories we received:

RELATED: The ‘Haunted’ Road Motorists Are Too Afraid To Drive Down

“Yes, when I was much younger picked up and dropped off quite a few hitchhikers. Thank God, he was watching over me.”

“Up and down interstate 95 back in the late 70’s/early 80’s chasing the carnivals. I was a rebel without a clue. Lol”

“Illinois to San Francisco and back, I could write a book.”

“Used to hitchhike outta LA to Riverside back in the late 50s after returning to CONUS from WesPac.”

“I remember being about 15 and my dad picked up a hitchhiker. He said that he would rather pick her up and take her where she needs to go than to have someone else pick her up and hurt her. My Dad is a good man!”

According to Wikipedia, “Today, hitchhiking is legal in 44 of the 50 states, provided that the hitchhiker is not standing in the roadway or otherwise hindering the normal flow of traffic. Even in states where hitchhiking is illegal, hitchhikers are rarely ticketed.” They continue, “For example, the Wyoming Highway Patrol approached 524 hitchhikers in 2010, but only eight of them were cited (hitchhiking was subsequently legalized in Wyoming in 2013).”

So, have you ever hitchhiked or picked one up? Share your story with us!