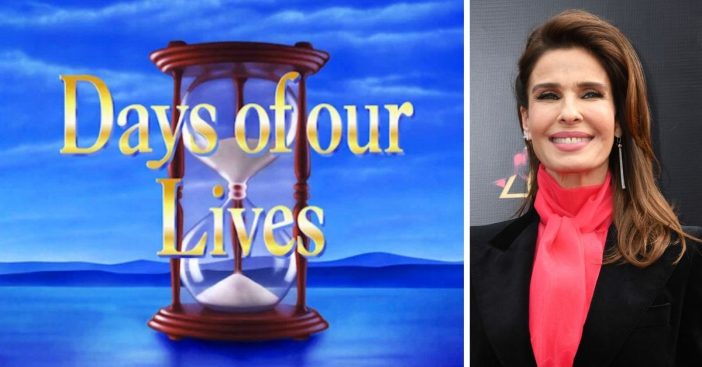 One of the most recognized stars on the long-running soap opera Days of Our Lives is leaving. Kristian Alfonso, who has most famously played Hope Williams Brady will leave the show after 37 years. She has already shot her final episode of Days of Our Lives, which is currently postponed during the coronavirus pandemic.

Since the show shoots so many episodes at a time, they currently have enough to air until October. There is no word on when her final episode will air. Kristian has played Hope since 1983, with a few breaks. For example, she left for two years in 1987. She also played a woman named Gina on the show, who turned out to actually be Hope, who was brainwashed.

Kristian shared a heartfelt goodbye on Instagram ahead of her departure. In the message, she thanked the network and fans for being with her on this journey.

RELATED: With ‘Days Of Our Lives’ Cast Released From Contracts, It Could All Be Ending

She wrote, “I am forever grateful to NBC and the late Betty Cordray, who took a chance on me many years ago and changed my life. I have built some lifelong friendships with my extraordinarily talented castmates. Days has one of the hardest working crews in all of television, many of whom have become part of my extended family.”

She added, “Finally — to the incredibly loyal fans of ‘Days’ — many of you have been with me on this journey from the beginning. I cannot thank you enough for your generosity, love and support. I could not have done it without YOU!!!”

Do you watch Days of Our Lives? Will you miss Kristian being on the show?

Click for next Article
Previous article: Country Music Icons Share Tributes To The Late Charlie Daniels
Next Post: Ford Is Bringing Back The Nostalgic Bronco SUV