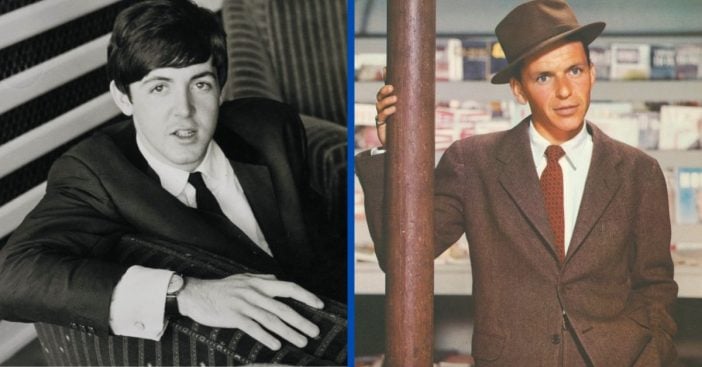 Paul McCartney and Frank Sinatra are musical icons in their own right. However, did you know that McCartney wrote a song for the Sgt. Pepper album that was initially for Sinatra? The musical group and Sinatra had a great appreciation for each other, with Sinatra calling George Harrison’s “Something” ‘one of the best love songs written in 50 to 100 years.’

When McCartney was growing up in the 1950s, he often looked to Sinatra as a source of inspiration. McCartney dreamed of writing for crooners like him who were considered legends in the music industry. “Back then I wasn’t necessarily looking to be a rock ‘n’ roller,” he shares via The Beatles’ Anthology. Well, that dream once came true. Sort of.

Paul McCartney and his original song for Frank Sinatra

McCartney’s personal favorite album is Sgt. Pepper’s Lonely Hearts Club band and one of the songs on there was initially for Sinatra. “There were records other than rock ‘n’ roll that were important to me. And that would come out in the Beatles doing songs like ‘Till There Was You,’” McCartney says.

“When I wrote ‘When I’m Sixty Four’ I thought I was writing a song for Sinatra,” he says. “I wrote [that] when I was sixteen — it was rather tongue-in-cheek — and I never forgot it.” It wasn’t until eight years later when McCartney would revisit that song and record it for the upcoming Beatles album.

While Sinatra would never sing that song, he did cover another recognizable Beatles song…

What’s even more amazing is that the version that ended up on Sgt. Pepper is almost exactly had McCartney originally intended the song to sound. “I wrote ‘When I’m Sixty Four’ vaguely thinking it would come in handy in a musical comedy or something,” he says. Interestingly enough, John Lennon was never a fan of the song. He even said to Playboy’s David Sheff in 1980, “I would never dream of writing a song like that. There’s some things I never think about, and that’s one of them.”