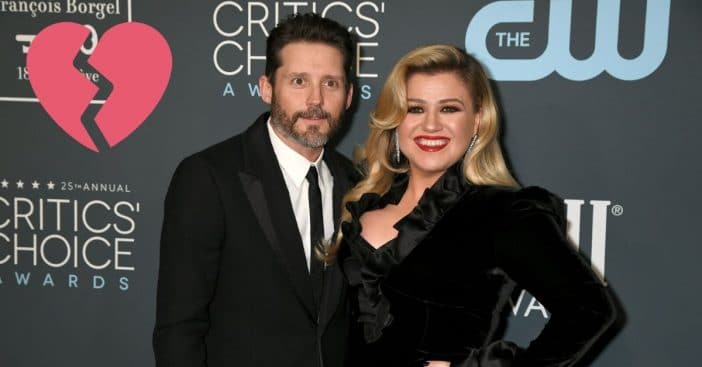 Kelly Clarkson has reportedly filed for divorce. Reports show that the singer filed for divorce from her husband Brandon Blackstock on June 4, 2020, in a Los Angeles court. The couple has not yet made a public statement.

Kelly and Brandon began dating in 2012 and eloped in October 2013. They wed in front of Brandon’s two older children. They have two children together, 5-year-old daughter River Rose and 4-year-old son Remington Alexander.

This isn’t the only recent divorce in the family. Brandon’s father, Narvel Blackstock was married to country singer Reba McEntire. They got divorced in 2015, but Reba stayed close with the entire family include Kelly. Reba has one child with Narvel named Shelby Blackstock.

RELATED: Did You Know That Reba McEntire And Kelly Clarkson Are Actually Related?

Sources say that Kelly and Brandon have been struggling in their relationship for a while now. They hoped to work it out, but quarantine reportedly made it worse. They were in quarantine together on the family ranch in Montana. Kelly worked on The Voice and her talk show virtually from there.

Now, it appears Kelly is back in Los Angeles working on her talk show virtually. According to court documents obtained by ET, the divorce was due to citing irreconcilable differences in her filing. Kelly also asked for joint legal and physical custody of the two children.

In addition, ET says, “Clarkson also asked the court to terminate the ability to award spousal support to Blackstock. She is asking the court enforce their premarital agreement and that both parties cover their own attorney’s fees. She’s also asking that her last name legally be restored to Clarkson, after taking Blackstock’s name. Property and asset division are unknown at this time and will be determined at a later date.”

Previous article: There Is A New Grant Available That Helps Veterans Affected By The Coronavirus
Next Post: After HBO Max Drops ‘Gone With The Wind,’ It Becomes Amazon’s Number One Seller