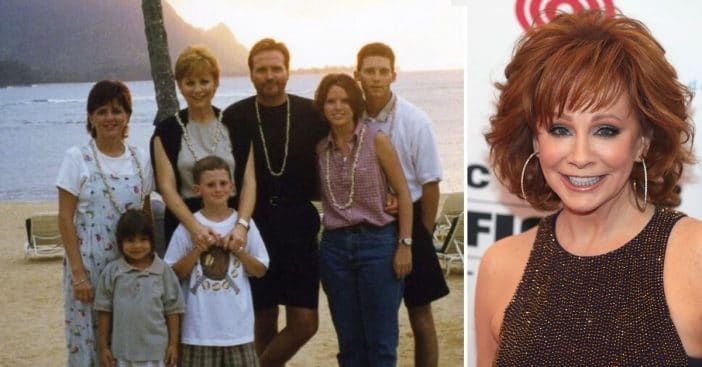 Reba McEntire technically only has one child, but she considers her stepchildren her kids as well! She still keeps in touch with her ex-husband’s kids. She seems to be such a great mom! Learn more about Reba’s son and her stepchildren, including her very famous daughter-in-law Kelly Clarkson.

Reba got married to Charlie Battles in 1976. Charlie already had teenage sons named Lance and Coty. She stepped right into the stepmother role and still continues to spend time with the boys even after their divorce. Charlie sadly died in 2013. These days, Lance stays out of the spotlight, but Coty became a steer wrestler just like his dad.

Reba then married Narvel Blackstock in 1989. Narvel had three kids already, Shawna, Brandon, and Chassidy. Even after Reba and Narvel’s divorce, she said, “I don’t consider Brandon, Chassidy and Shawna stepchildren. I claim them all.”

RELATED: Reba McEntire Has An Interesting Christmas Tradition With Her Son Shelby

Shawna and Chassidy stay out of the spotlight as well, but Brandon works as a manager, just like his father. He also married singer, Kelly Clarkson. When the pair got engaged, Reba said, “To have my buddy as my daughter-in-law, I mean, who could ask for more? [Kelly’s] a girl with a big heart. Very giving, loving, and talented.”

Of course, Reba and Narvel have a son of their own named Shelby! He was born in 1990, just a year after they got married. These days Shelby is a full-time professional race car driver. He also seems to be a mama’s boy, spending time with Reba whenever he can.

Reba occasionally posts photos of her children, so it seems like they all have stayed close. That is so sweet to see!