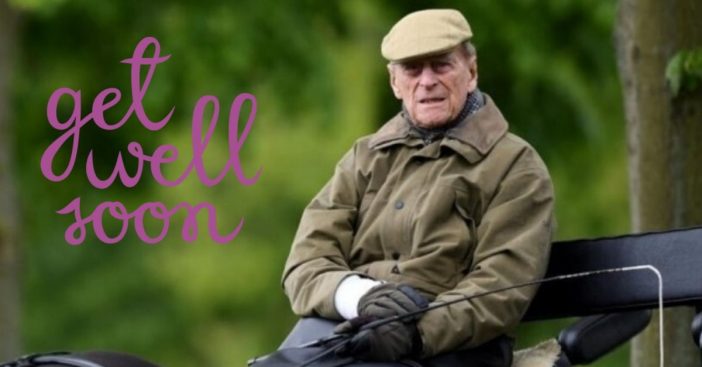 Buckingham Palace released a statement that Prince Philip is currently hospitalized due to a pre-existing condition. His current hospital stay is a planned admission.

The statement read, “The Duke of Edinburgh traveled from Norfolk this morning to the King Edward VII Hospital in London for observation and treatment in relation to a pre-existing condition. The admission is a precautionary measure, on the advice of His Royal Highness’ Doctor.” No word on what his condition is or what he is being treated for.

A royal source said that he did not travel by ambulance and revealed, “It was a planned admission, and he walked into the hospital unaided.” No reports on if he will miss Christmas with his family. His wife, Queen Elizabeth has already traveled to Norfolk for the holidays.

Prince Philip has retired from his public duties since 2017 due to health issues. Last year, he underwent a hip replacement surgery around Easter time. He was still driving his car just last year. Unfortunately, he got in a car accident and has since given up his license.

One public appearance he did not miss was Prince Harry’s wedding to Meghan Markle in May 2018. He also attended his granddaughter Princess Eugenie’s wedding in October 2018. In conclusion, last month, Queen Elizabeth and Philip celebrated their 72nd wedding anniversary.

We hope that Prince Philip is doing okay and that he makes it home to be with his family at Christmas! Best wishes to the royal family.

Click for next Article
Previous article: Reba McEntire Reunites With Melissa Peterman From The Show ‘Reba’
Next Post: When Pat Sajak Will Be Returning To Host ‘Wheel Of Fortune’