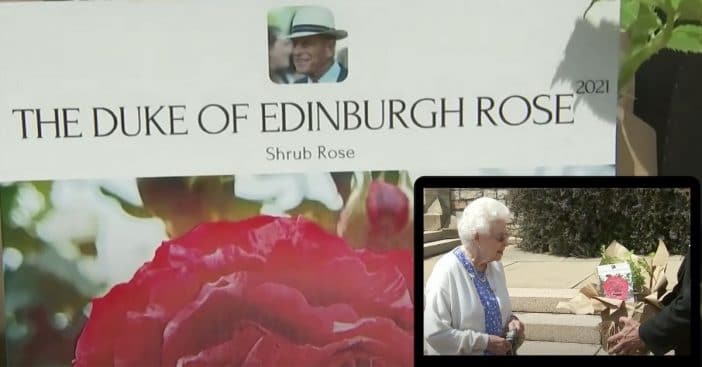 Queen Elizabeth has marked and paid tribute to what would’ve been her late husband Prince Philip’s 100th birthday. To mark the occasion, she planted a rose, bred and named specifically for Philip. The pink rose was actually named “Duke of Edinburgh Rose,” and was bred by Harkness Roses and gifted by the Royal Horticultural Society, of which the queen is patron.

The rose honors “all the marvelous things that he did over his lifetime and for everyone to remember so much that he did,” according to the society’s president.

The rose was planted at the rose border of the East Terrace Garden at her Windsor Castle home, where the Queen had been staying for most of the coronavirus pandemic. Royalties from the share of each rose is reported to go towards the Duke of Edinburgh Award’s Living Legacy Fund, which Philip actually established himself in 1956. The organization supports young people in more than 130 countries.

RELATED: Prince Philip’s Cause Of Death Released By Royal Physician

“The Fund will give a million more young people, from all circumstances and backgrounds, the opportunity to achieve a DofE Award,” says the palace in a statement. “Each rose purchased will help establish new DofE centers, deepen existing support, and train thousands more Leaders and volunteers.”

Giving back in honor of Prince Philip

Additionally, DofE Managing Director Philip Harkness says, “In buying this rose you will also be giving one million more young people the opportunity to do their DofE Award, so not only is this rose spectacular to look at, but you will also be raising funds for a very worthy cause.”

Prince Philip died back on April 9th at the age of 99 after a month-long hospital stay. He had been married to the Queen for more the seven decades.