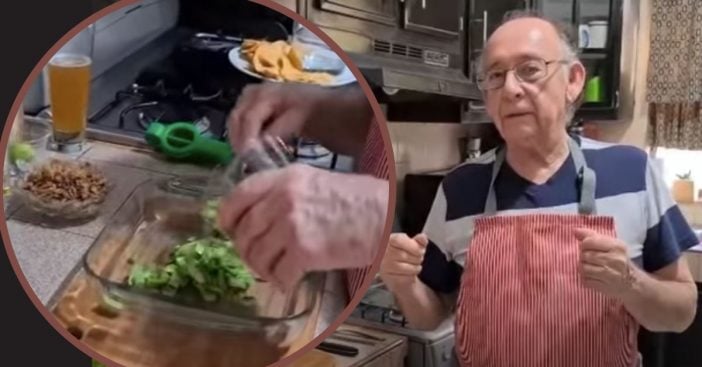 79-year-old Carlos “Tito Charly” Elizondo recently lost his job as a bagger at a grocery store due to the onset of the coronavirus pandemic. With that, he decided to start up his own cooking YouTube channel. He has become a star in his own right! Many of his cooking recipes include grilled cheese with bacon and chorizo, dried meat with piloncillo, and chilaca chiles stuffed with shrimp and chorizo. Yummy!

For each recipe, he uses his own line of ingredients which he markets through his YouTube videos. He is able to sell them through messaging apps such as WhatsApp. Carlos even made a video dedicated to his subscribers, thanking them for their support.

Tito Charly starts his own business all via the Internet

Elizondo’s wife passed away and his daughters have gotten married and moved away, but he hasn’t been largely on his own through this process. One of his daughters was able to get behind the camera for each segment and is also able to help her father review and fulfill orders. His grandson also pitches in to help with the technological aspect of the e-commerce business.

RELATED: Man Starts A YouTube Channel For People Who Grew Up Without A Dad To Teach Them Basic Skills

Tito Charly products are sold in Monterrey, Saltillo, San Luis Potosí, Chihuahua, Torreón, and Guanajuato. They can be ordered through the WhatsApp number 811-102-6685. We hope that he’s one day able to ship internationally anywhere in the world! Check out one of his videos below, and be sure to use subtitles if you’re not familiar with the Spanish language.