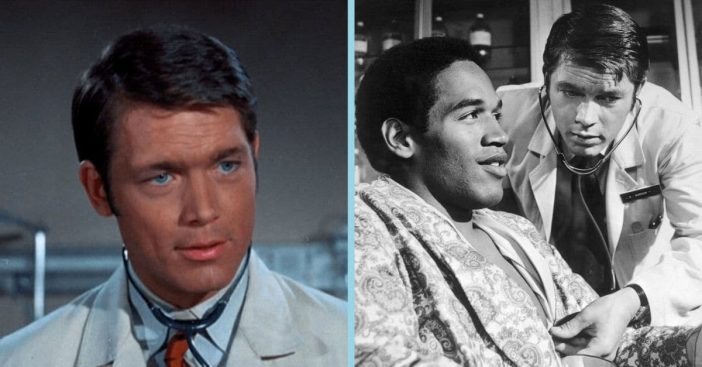 Arthur Bradford of Reader’s Digest recently posted a story about a man with cerebral palsy who was determined to meet his favorite TV doctor. Ronnie Simonsen was a middle-aged man who not only had cerebral palsy in his legs, but also had a combination of autism and obsessive-compulsive disorder.

The two first met when Arthur was working at a summer camp for people with disabilities. He also brought along his video camera because he was interested in making films as well. That’s when Ronnie came up to him and started talking about TV and movies. Ronnie spent most of his childhood in hospitals and developed a fascination with TV show doctors. This was because he took comfort in their calming voices. One doctor, in particular, whom he loved, was Chad Everett, who played Dr. Joe Gannon on CBS’s Medical Center.

Arthur and Ronnie spent a lot of time together and Ronnie would even get in front of the camera for him. They started making these films together and they eventually developed some underground popularity. Arthur was soon able to gather some funding to make a film where they could drive across the country with five people with disabilities from the summer camp!

Each person they took along on the trip had the same dream of visiting California, a place they’d never been to. However, Ronnie had a dream of meeting his favorite TV doctor, Dr. Joe Gannon. “It’s my biggest dream,” Ronnie would say. While on the road trip, Arthur took the responsibility of being Ronnie’s roommate. They both found themselves praying together in a hotel room in Tennessee.

Their cross-country road trip doesn’t get them very far

Arthur says himself he’s not a very religious person, but this was the first time he prayed earnestly along with Ronnie. “I say, Please, help us get to California safely. And please, when we get there, give me some guidance. Help me to solve this mess that we’re going to have when we get to California. Because I have this secret that I haven’t shared with Ron. I probably should have shared it with him, but I just can’t,” he writes. He’s referencing the fact that Ronnie’s biggest dream is to meet his TV doctor, which in reality, is a chance that’s slim to none. And Arthur doesn’t want to be the one to tell Ronnie this.

However, Arthur did get in touch with Everett’s agent prior to the trip and asked to set up a meeting between the two. It would be such a great moment for the film they were shooting! However, his agent pretty much brushed it off saying that Everett was a busy man and didn’t have that kind of time. Needless to say, the trip ended with them not actually meeting Everett. The film ends with Ron kissing Everett’s star on the Hollywood Walk of Fame. But it doesn’t fully end there.

Arthur began sending this film around to festivals and Ronnie was becoming a bit of a celebrity. He would even tell Arthur, “You need to send a tape to this person because they might know Chad Everett’s daughter.” He was still hooked onto this dream. Until, one day, Arthur got a call from a man with a deep voice. “Hello, this is Chad Everett.” Everett had seen the film and he loved it. Everett even said that if Arthur could get Ronnie to California again, they would set up a meeting to do an interview.

“Ronnie, Chad Everett saw the film, and he wants to meet you,” Arthur relays to Ronnie, who responds with, “Oh boy!!!” Needless to say, Ronnie was bouncing with excitement on their way to California. They decided to do the interview on a beach, a nice, wide-open space. When all of a sudden, a convertible pulls up with the license plate ‘Sir Chad.’ “Is that Chad Everett?” Ronnie yells. “Yes, it is! You betcha!” Everett yells back. That’s when Ronnie manages to help himself up and starts running across the beach to Everett; a man with cerebral palsy in his legs is running!

A lasting relationship between Everett and Ronnie

They did skits together on the beach. They did interviews and said a prayer. It was such a lovely time and Ronnie’s mission crossed off his list. After this exciting adventure, Arthur hadn’t heard from Ronnie in awhile. This was strange because Ronnie would often call Arthur regularly. When Ronnie did finally call him, it was with bad news. He had been diagnosed with leukemia and his mother told Arthur privately that he was given six months to live.

“Look, I know that Chad Everett’s a really busy man. But do you think you could tell him about this?” Ronnie asks Arthur. Arthur agrees. That’s when something incredible happened. Everett would end up calling Ronnie every single Sunday so they could talk. Ronnie even ended up outliving his diagnosis by months and months. He even went back to California at one point and celebrate with Everett. However, Ronnie did eventually pass away. At least, he died a very happy man who had his life completely changed by his favorite TV doctor.

This story is documented in a book from The Moth,  All These Wonders: True Stories About Facing the Unknown.

Click for next Article
Previous article: Confederate President Jefferson Davis Statue Being Removed When Surprise Is Found Inside Its Base
Next Post: Benefit Motorcycle Ride Raises Money For Police Officer Ran Over By Car