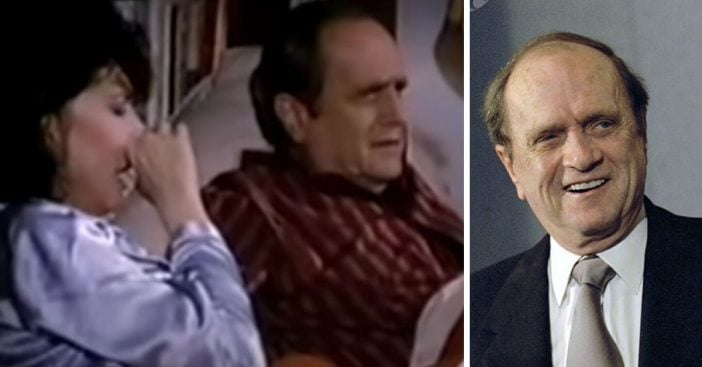 It has been 30 years since that incredible Newhart finale. Newhart was the spin-off show to The Bob Newhart Show, where Bob Newhart and Mary Frann starred as an author and his wife who own a small Vermont inn. Of course, in the finale, it turns out to be a crazy dream had by psychologist Bob Hartley from The Bob Newhart Show.

Bob Newhart was the one who pitched the dream idea to writers. Before that, legend says the writers had a few alternate endings to the series. In one idea, Bob died and went to heaven and meets God. However, Bob himself said that it was a “red herring to mislead the tabloids.”

Bob said the real ending was a complete surprise to the crew. He also admitted it was great to have a live audience for the finale. Bob said, “We built a set that recreated the bedroom from ‘The Bob Newhart Show,’ and when we revealed it — not Suzie and myself, but just the set — the audience started applauding because they remembered it! And then, they saw Suzie and I, and they immediately started cheering.”

He continued, “That’s one of the advantages of doing this show in front of a live audience: So many shows today are one-camera shows and they’re done without an audience, and it feels sterile. Having an audience drives you: They get a better performance out of you, the writers, and everybody concerned.”

Re-watch the surprising finale below: