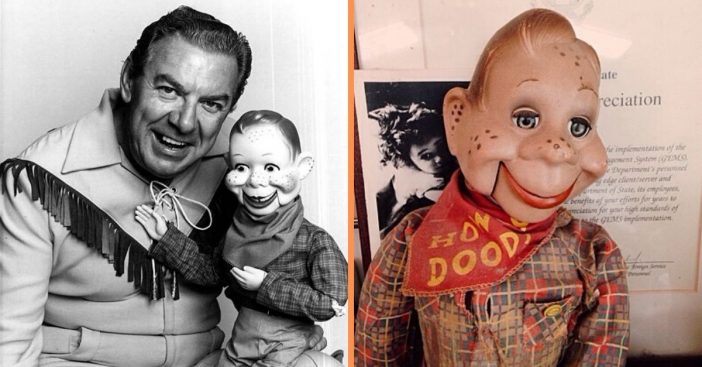 From 1947 to 1960, countless kids would watch Howdy Doody. But that was okay because it ended up being one of the most highly celebrated children’s shows of all time. In fact, at the time, it set a precedent for the genre, raising the bar early on. Though, in a way, nothing quite matched this program, it did help create a pattern for all that followed.

Those who grew up in the ’50s likely grew up watching Howdy Doody. That makes them part of television history and, by extension with the show’s groundbreaking feats, national history. Yes, Howdy Doody laid the groundwork for kids shows, but it also propelled other movements in entertainment and child development. Revisit an old favorite and see the broader impact this unique title had on all of America.

Upon its release, Howdy Doody was one of the first nationally televised children’s shows. Finally, kids had something to tune into geared towards them. All the while, it majorly kickstarted host Bob Smith’s career in a way consistent with his strong suits. Before then, he had been a singing radio personality back in New York. The show’s whimsy let him incorporate a lot of musical personality into each program.

RELATED: Fascinating Facts About The Legendary Man Behind Captain Kangaroo

NBC, meanwhile, got to start producing shows at Rockefeller Center with Howdy Doody. Because NBC was owned by TV-maker RCA, the show ended up being a good marketing opportunity as well. Howdy Doody ended up paving the way for more colorized productions at NBC. As a result, RCA could use the show as a vehicle to encourage purchasing color TVs through the ’50s. But a person had other ways of enjoying the show, too. In fact, Howdy Doody was one of the first to have audience participation as a major component of the show.

It wasn’t all fun, games, and music

While young audiences enjoyed the charming western theme and songs, plenty of drama unfolded behind the scenes. Sometimes it occurred organically as the show evolved and other times it came in great, surprising waves. Though Bob Smith interacted with the Howdy Doody puppet, Frank Paris actually created the doll. Feuds broke out between the two, especially about who had control over the character’s image and use as a product. Paris, offended, would leave set with the puppet the day of an episode.

Because of the uncertainty such antics created, the studio had a new puppet made. Wide Open Country writes that Smith was actually glad for the chance anyway, having found the original unattractive. He got some relief with this but then had to work around recovering from a heart attack. That’s why, for a time, Ted Brown filled in as Bison Bill. Kids heard that Smith (known on the show as Buffalo Bob) was vacationing at Pioneer Village. Who would have known all this unfolded when each episode finished? Did you grow up watching this show?