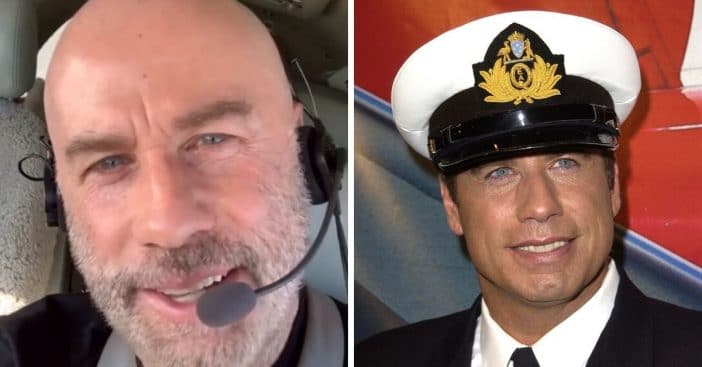 Many fans know that John Travolta is not only an actor but a licensed pilot. He has been a pilot since he was 22 years old and now owns several private planes. It seems he has been flying one of those planes during quarantine! John shared a video on Instagram from his plane.

He wrote, “It’s always exciting to get back in here again!” He shared a gorgeous blue sky with fans on social media in the video. One of the planes John owns and keeps at his home in Florida is a Boeing 707-138. Reportedly, John and his wife Kelly Preston travel in it all the time.

Kelly once said, “At our house in Ocala, northern Florida, we have the planes parked out front because we have a runway attached. I never get nervous when John’s piloting because he’s calm in any situation and can handle the pressure. He’s flown us all over the world — Russia, South Africa, Australia, Tahiti, the UK, the US, and the Far East.” Can you imagine?

John is also a Qantas Ambassador. John has posted other videos where he appears to be flying home himself after filming a movie. It must be really nice to be able to go wherever you want, whenever you want!

Would you want to fly in a plane piloted by John Travolta? That would be so much fun!