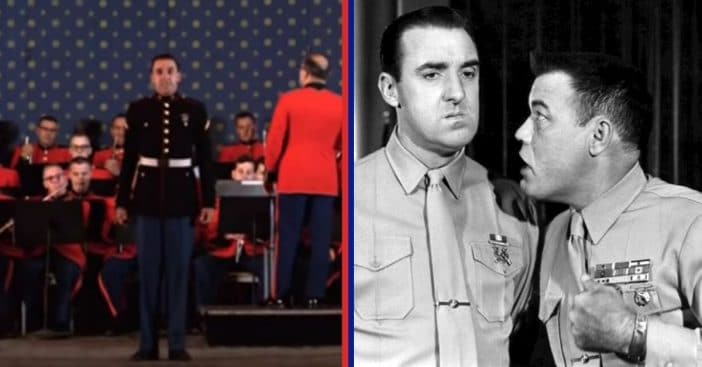 Some people are true masters of their craft. And others become masters of multiple crafts. Jim Nabors was one such person, moving people to tears of laughter and poignancy in equal measure. His work as Gomer Pyle allowed Nabors to entice a lot of emotions out of people, both positive and bittersweet. A lot of this came from Nabors unabashedly using his singing skills to their full potential.

Only a skilled actor like Nabors could perfectly bring Gomer Pyle to life. The simple, kind auto mechanic naturally won over viewers since his debut on The Andy Griffith Show. In fact, he was so popular, he got his own show: Gomer Pyle, U.S.M.C. Since then, the powerful moments just kept coming.

Jim Nabors as Gomer Pyle spoke to everyone on some level

Nobody gets it quite right the first time they try something. The stars can align by some freak coincidence, but the real sense of triumph comes after tasting bitter defeat and persisting anyway. Gomer Pyle, portrayed by Jim Nabors, embodied some of this idea. For one thing, his name is synonymous with someone who needs extra training and keeps messing up.

RELATED: Eight Military Nurses Who Made The Ultimate Sacrifice

But his relatable moments came in other ways, too. For one thing, the lyrics he sang carried heartfelt, profound messages that stuck with listeners well after the last notes faded. And his earnest attitude reminded people of something that easily gets lost over the years but should never be totally relinquished.

Members of the military appreciate the respect he grants the uniform

There have been some great names among military entertainers. Bob Hope stands out, for instance, as a respected, legendary entertainer. Jim Nabors as Gomer Pyle garners some of that same respect as well. That is because of the respect his show, in turn, showed the men in uniform. Comments on videos showcasing his performance show as much. Current members of the military and veterans alike reflect fondly on seeing him perform or watching him on TV.

“The US Marine Corps was well represented by “Gomer Pyle, USMC”….the show got all the details right, and portrayed the Corps in a positive light. Funny? Yes, but very classy, too,” wrote one comment. “As a Navy veteran, I still can’t listen to ‘Taps” without tears running down my cheeks,” another commented.