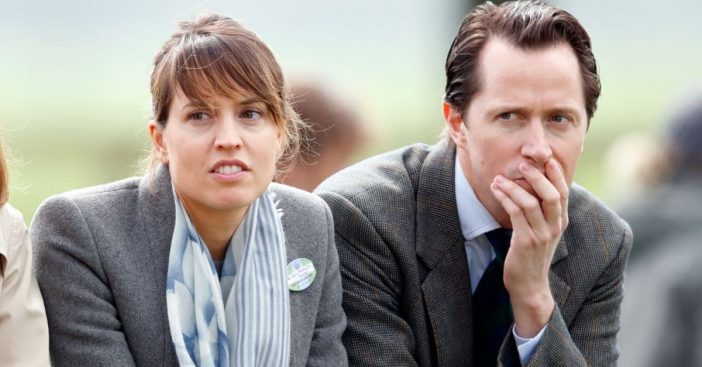 He was actually born back on March 27th, in the midst of the coronavirus pandemic peak. Alden is a younger brother to Inigo Norton Sebastian Mountbatten, who was born back in December 2017. The couple wed back in June 2016.

Alexandra and Thomas were wed in a beautiful ceremony with multiple Royal Family members present. These include the Queen, Prince Philip, and Princess Anne. Some Royals from around the world were also in attendance, including Queen Sophia of Spain, Prince Hassan bin Talal of Jordan, and the former King Constantine II and Queen Anne-Marie of Greece.

In addition to that, Prince Charles was the one to give Alexandra away at her wedding. Before the ceremony, Rev Canon Timothy Sledge spoke to the congregation and Alexandra. “They’ve put in a huge amount of effort, thought and care into it. It’s got that personal touch,” he says in light of the wedding back in 2016. “It’s very much what they wanted and what the bride wanted.”

Alexandra and Thomas originally met through her work at the consultancy firm FTI Consulting. They were dating for several years prior to getting married. Congratulations to the happy couple on their second child and the whole Royal Family!

Click for next Article
Previous article: JC Penney Officially Files For Bankruptcy
Next Post: Grocery Store Staples Rise In Cost, The Most In 46 Years, Due To Coronavirus Pandemic