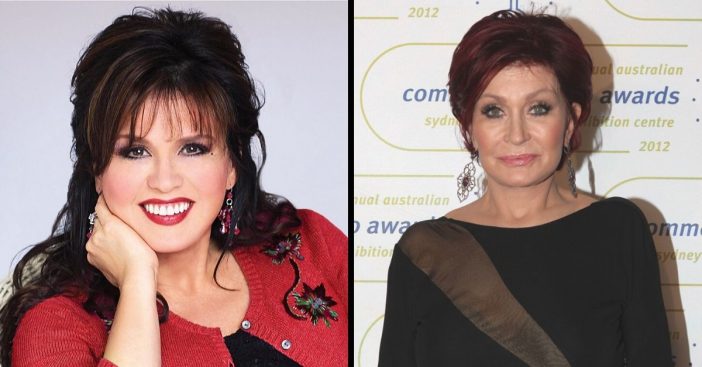 Many fans were talking about a rumored feud between The Talk co-stars Sharon Osbourne and Marie Osmond after a conversation they had. They had a heated discussion about the coronavirus pandemic on the show in April. When Marie recently appeared on Watch What Happens Live, Andy Cohen asked Marie about the rumored feud.

Marie denied any problems between the two. She said, “Don’t believe anything you read. Sharon and I are great friends. Everybody who sits at that table is a very strong woman. She’ll say things and I’ll go, uh, no. But that doesn’t mean we don’t like each other.”

She added that she doesn’t believe that Sharon owes her any apologies. She continued, “We’re very different and yet similar in ways. We’re both strong women, I’ve been in this business, this is my sixth decade. I’ve been around.”

RELATED: Sharon Osbourne Jabs At Simon Cowell For His Thoughts On Overweight People

After the argument on The Talk, fans went to social media to talk about how awkward it was to watch. Sharon also spoke out about the incident about the episode aired. She wrote, “For all the viewers that thought I was rude to Marie today. I would just like to say that we’re all grown women and we have different opinions.”

She continued, “It certainly doesn’t mean that we don’t respect and love each other. As you know, these are very difficult times and they’re going to bring out different emotions in all of us. I’m sorry but I can’t apologise for being overly emotional, otherwise, I’m being fake and I don’t do that very well. Stay in, safe safe and hope to see you tomorrow. Love and respect…Sharon.”

Glad to hear they are still friends! Watch the segment on Watch What Happens Live below:

Click for next Article
Previous article: Sofia Coppola Reveals New Details About Upcoming Project With Bill Murray
Next Post: Kansas Mom Wins $35K Of Prizes On ‘The Price Is Right’