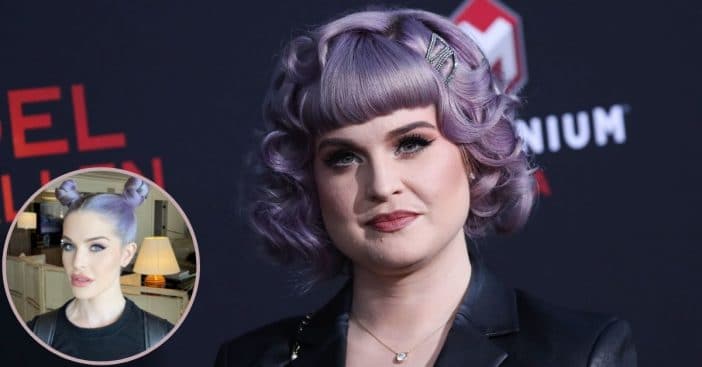 Kelly Osbourne is squashing rumors that she got plastic surgery after she posted a new photo looking completely unrecognizable. “I’ve always been up front and honest about what I’ve done to my body and who I am, and I have not had plastic surgery,” she says in a follow-up video after rumors began surfacing.

“I’ve never done anything to my face other than a couple of injections in my lips, in my jaw and in my forehead.” In the new photo, she dons a thin face and plumped-up lips, along with purple hair in tight buns.

Many of her followers adored the look and praised her as such. Others, not so much. “Who is this??? I’m very confused,” one fan wrote. Another said, “Amazing what surgery can do.” Another comments, “What happened to her face?”

Kelly has denied having plastic surgery in the past as well, but has said she wouldn’t rule it out one day. “I want to make something very clear. I am not a liar,” she said back in 2020. “I have never had plastic surgery. At least not yet!!!!”

This news comes less than one year after she revealed she lost 85 lbs with gastric surgery. “I did the gastric sleeve. All it does is change the shape of your stomach,” she said on the “Hollywood Raw with Dax Holt and Adam Glyn” podcast. “I got that almost 2 years ago. I will never ever ever lie about it ever. It is the best thing I have ever done.”

Click for next Article
Previous article: One Year After Her First Seductive Selfie, Martha Stewart Posts Another ‘Thirst Trap’
Next Post: Brooke Shields Feels “So Lucky To Be Alive” After Suffering Severe Leg Injury & Staph Infection