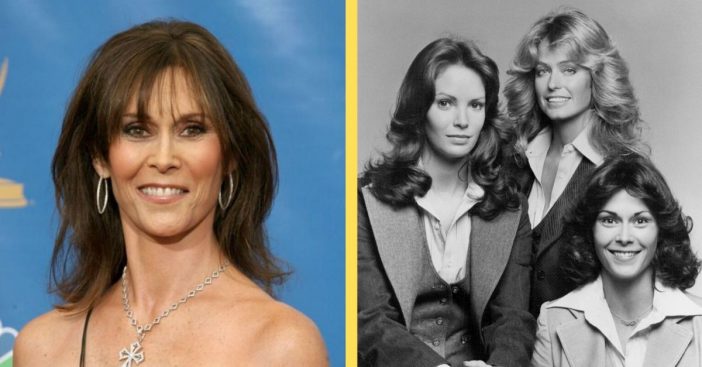 Though she enjoyed immense success as an actress, Kate Jackson faced two intense cancer battles. Indeed, her health ended up being a major source of hardship. But with those battles also came inspiration and transformation.

Jackson is known not just for shows like Charlie’s Angels and Scarecrow and Mrs. King but also for her advocacy. All of that passion and outspoken dedication about women’s health stems from her own somber experiences. She learned from others and, in turn, taught when she could. All the while, she changed based on these intense health scares.

“I was forced to face, squared up, my own mortality”

The lessons started early for Kate Jackson. It came partly from the world around her and partly from her dreams. In January 1987, Jackson recalled receiving a phone call. The call informed her that Scarecrow and Mrs. King filming would be canceled because a co-star was sick. At first, Jackson continued her sleepy morning like normal until she sat upright with a jolt. “You have to have a mammogram,” she realized firmly.

RELATED: See The Cast Of ‘Charlie’s Angels’ Then And Now

The results revealed sobering news: a growth on her left breast. A biopsy confirmed it to be malign. “I was forced to face, squared up, my own mortality,” the actress recalled. With this confrontation came a harsh crossroads. “I had to decide whether I wanted to live or to die. And if you choose life, as I did, it’s never the same.” Even after diving into intense treatment and while requiring pain medication, she got back to Scarecrow.

Even after succeeding in her first big cancer battle, Kate Jackson faced yet another one. This one came up in the same breast as last time during a 1989 follow-up mammogram. “Evidently, they’d missed a little bit before,” she revealed. With support from friends and family, she launched into more treatments. This time, she encouraged her doctors to give her a partial mastectomy and reconstructive surgery. This battle required more than procedures. She had to actively maintain a positive mindset. “The range of emotions you go through is amazing. But I really made a conscious decision to be positive. When I had a negative thought, I pushed it away,” she explained. “As someone who had cancer, I learned that I don’t have to die. Look at me. Because of early detection, I’m fine. I’m cured. I’m well.” Because of this lesson, she’s become a vocal advocate for continuous and early detection testing. Additionally, she educates women on their health needs and how to catch things like this quickly.

But she also made changes in her own private life. For one thing, she sold her Beverly Hills mansion in favor of a quiet residence in Keswick, Virginia, according to Ama Mia. On a daily basis, she also made diet changes and incorporated aerobic exercises. And even the sporadic events in life received a new treatment thanks to her changed mindset. Jackson made more bold moves during a vacation to the Aspens, emboldened by her health victories. “It probably had to do with overcoming my health problems,” she admitted. “You realize that if things are going to happen in life, it’s up to you to get the ball rolling.”