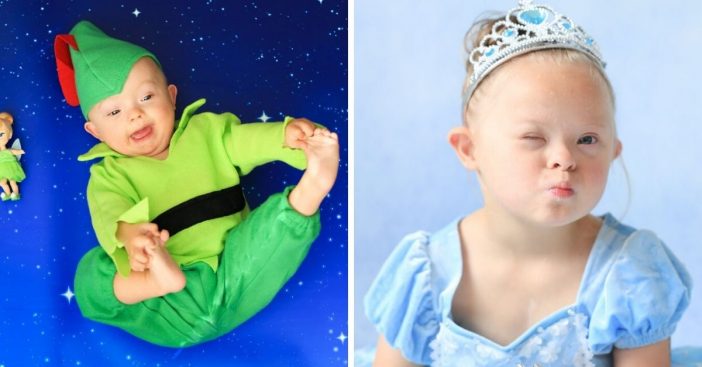 The photos are professionally shot, too, so the families of these children will have them forever. Get a load of these absolutely adorable, heartstring-tugging photos.

I have personally seen no cuter Buzz Lightyear than Miss Rora here!

3. Aurora Marney, 4 months, as Ariel from ‘The Little Mermaid‘

Oh, little Miss Aurora here just looks so adorable as Ariel! She definitely gives the original cartoon character a run for her money… or tail fin!

Little Leiya is rocking the Cinderella look with a twist! A pout and a wink.

Little Angelo looks like he’s having tons of fun playing Simba! He’s even got Nala to join him on the fun.

Little Lauren looks just like Elsa from the Disney movie Frozen with that long braid and gorgeous blue gown! Maybe she has ice powers, too!

Page Page 1 of 2
Previous article: Walmart To Limit Number Of People Shopping At One Time
Next Post: This Is The Fascinating Reason Why Doughnuts Have Holes