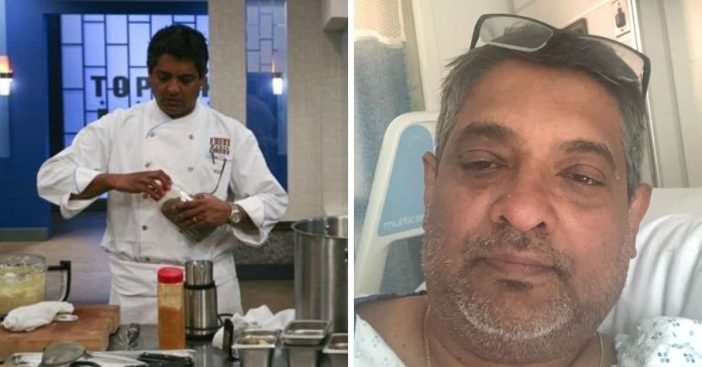 Floyd passed away at Mountainside Medical Center in New Jersey. He shared on social media a week ago that he was heading to the hospital due to a high fever. Floyd had recently been traveling from Mumbai to Frankfurt and back to New York City.

His last post on Instagram is a photo of himself in the hospital. He wrote, “Sincere apologies everyone. I am sorry for causing undue panic around my earlier post. I was feeling feverish and hence as a precautionary measure, admitted myself into hospital in New York. [I] was hugely anxious about my state of health and my post was highly irresponsible causing panic in several quarters. [I] returned to New York on March 8th via Frankfurt.”

It has been confirmed that Floyd tested positive for COVID-19. He was also the founder of the Momofuku restaurant group, which includes Momofuku Noodle Bar, Momofuku Ssäm Bar and Milk Bar. In addition to appearing on reality television, he wrote books.

Top Chef host Padma Lakshmi shared her grief on social media after hearing of Floyd’s passing. She wrote, “Floyd made us all so proud. Nobody who lived in NY in the early aughts could forget how delicious and packed Tabla always was. He had an impish smile, an innate need to make those around him happy, and a delicious touch. This is a huge loss, not only for the professional food world but for the Indians everywhere.”

Floyd was born in Bombay, India but later moved to the United States. He resided in New York City and worked in restaurants for most of his life. He won Top Chef Masters in 2011 during season three. Floyd is survived by his wife and business partner, Barkha and two sons, Peter and Justin.

Click for next Article
Previous article: Waffle House Has Closed Over 400 Locations Across The U.S.
Next Post: Kenny Rogers’ Legacy Lives On In Famous Food Chains Around The World