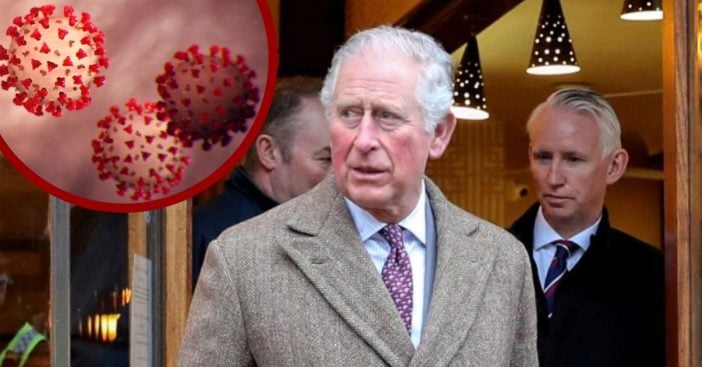 At 71 years of age, Prince Charles is at an age particularly susceptible to the coronavirus. And, indeed, a Wednesday statement announced that Prince Charles has tested positive for COVID-19. Despite this, though, sources also say that he is feeling in good health despite experiencing some mild symptoms.

For the time being, Prince Charles is continuing to work from his home with operations running as they usually would. Both he and his wife, Duchess Camilla, are maintaining a positive mindset. Even so, though she is trying to match Prince Charles’ optimism, Duchess Camilla is staying vigilant.

People reports that Prince Charles began feeling symptoms associated with the coronavirus over the weekend. Palace sources do not specify what those symptoms were, but on Monday he took the test and received the results on Tuesday. The next day, a Clarence House spokesperson announced the diagnosis. “The Prince of Wales has tested positive for coronavirus. He has been displaying mild symptoms but otherwise remains in good health and has been working from home throughout the last few days as usual,” the announcement stated.

RELATED: Truckers Brave The Front Lines Of The Coronavirus To Make Sure Others Are Taken Care Of

The statement went on, “The Duchess of Cornwall has also been tested but does not have the virus. In accordance with Government and medical advice, the Prince and the Duchess are now self-isolating at home in Scotland.” The NHS of Aberdeenshire carried out the testing, and there the couple met specific requirements to undergo testing.

The royal family is balancing optimism with caution

For his part, Prince Charles is keeping spirits up despite the coronavirus diagnosis. A spokesperson describes him as being “in good spirits.” This extends to his wife, Duchess Camilla, though, herself not carrying the virus, she is still keeping a close watch on Prince Charles. Keeping a close watch is a bit easier said than done, though. The two royal family members are isolating from one another. Initially, they did not stay apart at Birkhall, the Balmoral estate in Scotland. But once Prince Charles tested positive, they took to living in separate spaces of the sprawling manor.

Likewise, they have a few staff members on hand who also keep their distance. To prevent the virus from spreading further, those same staff members do not interact with the surrounding community. Besides social distancing, work continues much in the same way at the Scottish property. A source explained, “The symptoms are not stopping him doing work in the usual way.” This itself is normal for being at the property, but Prince Charles saw a lot of people recently. As a result, the statement informs, “It is not possible to ascertain from whom the Prince caught the virus owing to the high number of engagements he carried out in his public role during recent weeks.” To minimize the spread of COVID-19, the CDC strongly advises everyone to practice “social distancing,” which is explained further below.