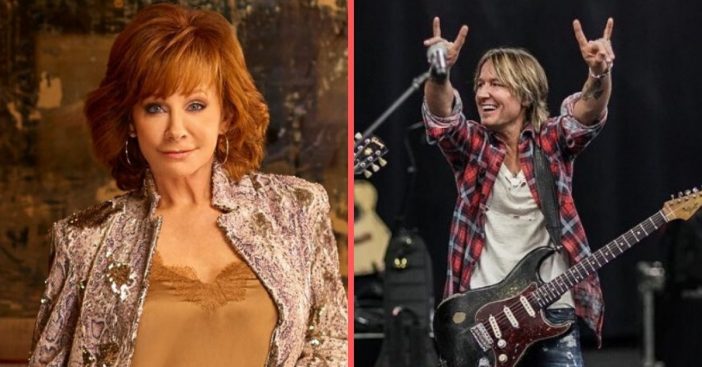 The 55th Academy of Country Music Awards (ACM Awards) will air on Sunday, April 5th. While Reba McEntire has hosted or co-hosted the awards show 16 times, she is giving up her spot as host this year. It has been confirmed that country singer Keith Urban will host the award show for 2020!

The ACM Awards will be held at the MGM Grand Garden Arena in Las Vegas. It will be Keith’s first time hosting the show. The CEO of the Academy of Country Music, Damon Whiteside, released a statement about the excitement surrounding Keith’s hosting gig.

Damon said, “We are thrilled to have our reigning Entertainer of the Year as the centerpiece of our 55th ACM Awards ceremony. Keith epitomizes greatness in our industry, is beloved by fans and fellow artists, and I can’t think of a better representative to be the face of our Awards show and to help usher in a new era at the Academy.”

RELATED: Keith Urban Performs Beautiful Rendition Of “To Love Somebody” By The Bee Gees

Last year, there was some controversy surrounding the ACM Awards. The Entertainer of the Year category is historically the biggest award and generally is filled with men. Last year, Reba said she was disappointed that no women were nominated in the category.

This year, Carrie Underwood received a nomination for the coveted category. Others include Luke Bryan, Eric Church, Luke Combs, and Thomas Rhett. Check out the rest of the nominations below:

SINGLE OF THE YEAR
“God’s Country,” Blake Shelton
“One Man Band,” Old Dominion
“Rainbow,” Kacey Musgraves
“Rumor,” Lee Brice
“What If I Never Get Over You,” Lady Antebellum

Click for next Article
Previous article: John F. Kennedy’s Former D.C. Home Is Up For Sale For $4.675 Million
Next Post: Willie Nelson, Dolly Parton, Kenny Rogers To Be Featured In New A&E Specials