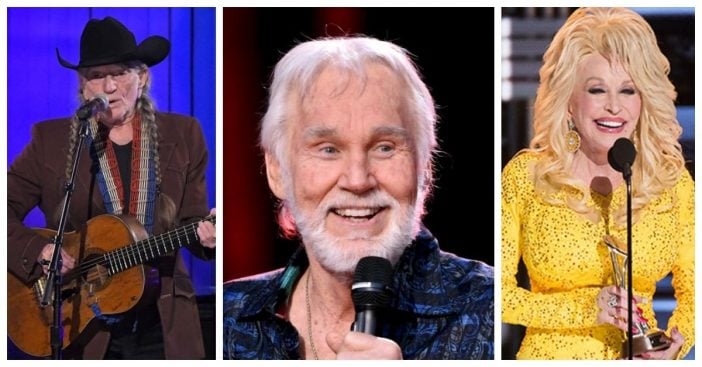 Dolly Parton, Willie Nelson, and Kenny Rogers are slated to be featured in some new A&E specials in April this year. They will each have their own special focused solely on them and their amazing careers. We first will have Willie Nelson: American Outlaw premiering at 9 p.m. on April 12th.

Be sure to mark your calendars so you don’t miss out on these special shows! In conclusion, enjoy an exclusive interview DYR did with the legendary Kenny Rogers answering fan questions.