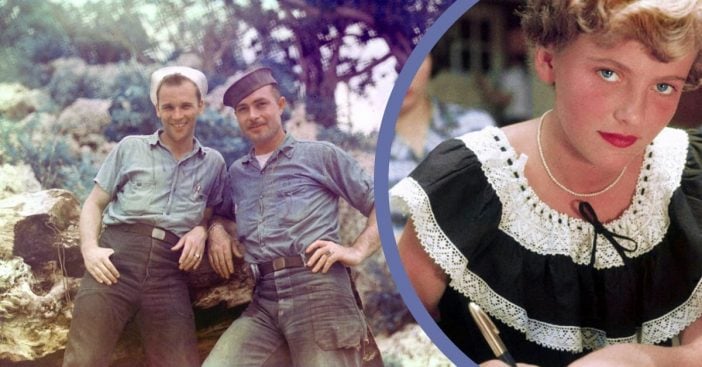 Events can feel very distant when presented as black-and-white images. In reality, though, pictures can be from just a few decades ago. Within someone’s lifetime, we can glimpse what feels like another world. Seeing events in color helps them feel all the more real. Kodachrome film helped bridge the gap created by how we process images. Additionally, pictures taken with Kodachrome sported vibrant colors and sharpness that none had ever seen before.

To see a Kodachrome picture means looking back at a new threshold in photography history. Society got to transcend into a whole new territory when capturing moments. What seems routine now was quite revolutionary in the early 1900s. Now, things don’t look quite so foreign with all of these colors included. Witness a journey that features elements of the routine and radical all at once with these pictures.

Adding color helps us see routine scenes for what they are

Even today, we add a black and white filter to images to give that photo a certain quality to it. Just one choice like that makes something feel…special. It harkens back to a simpler time when the outfits looked grand, hair was meticulously styled, and the gadgets sported bigger sizes – but they lasted.

RELATED: 18 Pictures of Hippies From The 60s That Prove That They Were Really Far Out

In other words, black and white photos have the air of an old-time movie made to stand still. Even today, we can get a thrill out of watching them and taking in the unique atmosphere that movie sported. But, really, those scenes aren’t so different from things we’d see today. The image above might look like something from the last decade but it’s actually from the 1950s.

Everyone was excited to immortalize a moment with a Kodachrome picture

Color was pretty revolutionary with photography. Even so, not every picture got the Kodachrome treatment. Black and white images did the job just fine, but adding this new, vibrant information helped capture a moment in its entirety.

For instance, only verbal recollections could tell us what these two women wore without Kodachrome. Otherwise, we would have to expertly guess, which can be effective but is ultimately just a guess.

While black and white images help keep things less distracting, they also blur a lot of subjects together in photos. Sometimes, it’s hard to tell what exactly we should focus on or what even is going on at all.

Having color eases some of that burden, fortunately. Yes, it’s more to keep track of, but without being able to distinguish between objects, some pictures just don’t make sense.

All scenes have a whole new life breathed into them

Having color in pictures through Kodachrome film brings us back to reality. Now, far-gone eras feel much closer to home…because they are actually pretty close to home.

Important milestones get the remembrance they deserve

Students at Grady Memorial Hospital get to be properly remembered thanks to Kodachrome film. The young women here can celebrate a milestone they reached in Georgia in June 1957. In cases like these, it’s important to remember that society was in a different place in terms of civil rights and dignities. But really, that time wasn’t so long ago.

Many people have parents born before or around this time. But these women represent the best kind of defiance and perseverance from just a few decades ago. And we can better appreciate just how recently their efforts took place in this Kodachrome picture.