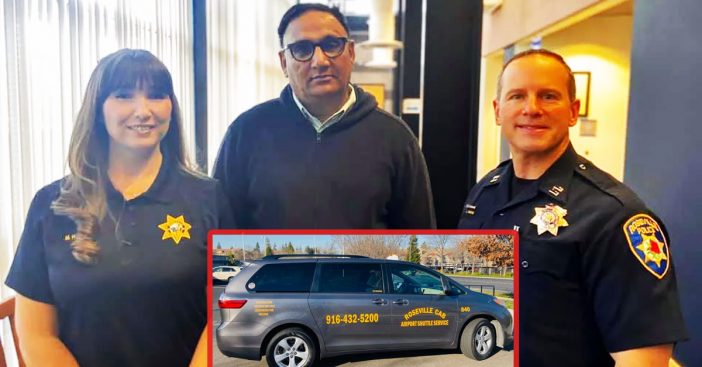 Scams occur far too often today. Typical phone calls may now be malicious frauds wanting to steal money. Deals that seem too good to be true actually are. It’s possible to stay alert and informed, so as to avoid getting tricked. But not everyone is up-to-date on the latest strategies criminals employ. Fortunately for one California resident, her taxi driver stepped in to save her from an IRS scam.

Roughly two weeks ago, Rajbir Singh drove to Roseville, California. There, he picked up a 92-year-old passenger. It might have been a regular job, but once they got talking, Singh knew something was wrong. It’s lucky that they did converse, in the end, because Singh ended up saving her tens of thousands of dollars.

This IRS scam might have cost his senior thousands

The 92-year-old chatted with her driver as they traveled. As they spoke, she brought up her reason for heading to their destination. It turned out she intended on withdrawing no less than $25,000 from the bank. At the time, she believed she had to settle a debt with the IRS, according to CNN. Singh listened but did not stay silent for long. Knowing that the woman’s age made her vulnerable, Singh asked her to reconsider.

Singh even presented the possibility that this might be a scam. When he asked who had called and told her about this, the woman fell silent. But still, she did not immediately believe him. Fortunately for her, Singh did not relent and eventually persuaded her to give him the number of whoever called her. He dialed this person up himself and his suspicions deepened. He told CNN, “We called this number again and I asked the man, ‘Do you know this lady?’ He said no,” Singh said. “I knew something was wrong.”

Perhaps we don’t witness these small acts enough. But when officers at the Roseville Police Station heard about this story, they felt relieved that people care enough to help to the degree Singh did. After being fully convinced that the woman risked being scammed, Singh got permission to drive them to the station. There, an officer spoke with the woman and, finally, fully convinced her that she was being scammed by this fake IRS debt.

On Facebook, Roseville police sang Singh’s praises. “We love this story because several times throughout, Raj could have just taken his customer to her stop and not worried about her wellbeing,” they wrote. Officers felt Singh deserved a “great citizen award” for his work, though in place of that he got a $50 gift card. But for Singh, all of this was simply the logical thing to do. “I am an honest guy, and these are old people,” Singh explained on Thursday. “They need help. It just made sense.”

Click for next Article
Previous article: Take A Look At These Old Chandeliers Repurposed As Unique Planters
Next Post: Dying 76-Year-Old Vietnam War Vet Gets His Last Wish Fulfilled Of Making A Snow Angel