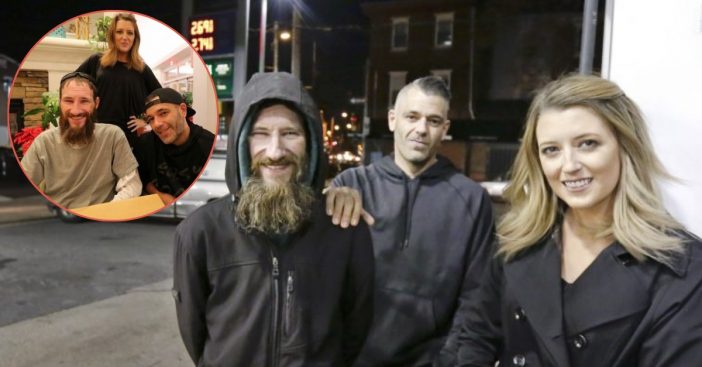 A New Jersey couple and a homeless man had reached major fame, publicity, and maximum payout when their story about helping raise money for a homeless veteran went viral. Mark D’Amico and Kate McClure started a GoFundMe page and raised thousands of dollars to give back to a homeless man, Johnny Bobbitt Jr., for helping them with their disabled car by giving him his “last $20” to help them pay for gas.

The trio is now facing charges of conspiracy and theft by deception and a spokesperson for GoFundMe confirmed that all contributors toward the ’cause’ have been refunded. The funds were made up of donations totaling more than $400,000.

Bobby Whithorne, the spokesperson for GoFundMe, issued a statement on the situation and how the GoFundMe company is handling it.

“We have a zero tolerance policy for fraudulent behavior… If fraud occurs, donors get refunded and we work with law enforcement officials to recover the money,” he says.

According to sources, prosecutors released text message sent between the couple moments after the GoFundMe page was set up. One message included telling a friend that “the gas part is completely made up.” Since the investigation opened, McClure has alleged that D’Amico, her boyfriend at the time, is the person behind the scam.

However, the investigation was opened last summer due to Bobbitt claiming he wasn’t getting any of the money raised on his behalf and decided to take legal action against the couple.

We reported that after the initial accusation by Bobbitt, “the couple then accused him of spending $25,000 of the funds in less than two weeks on drugs, paying for overdue bills, and sending money to family, while denying that they had spent one penny.”

Sources have confirmed that the money was spent on luxury items and casino trips between the New Jersey couple. It appears that the role of Bobbitt was that of being an accessory to the conspiracy, but just did not actually receive any of the money that was fraudulently collected.

There is no confirmation as to what the final sentencing will be for the trio behind the fake “Good Samaritan” story.

Please SHARE this article to spread awareness about donating to GoFundMe fundraisers.

Previous article: Shake Shack Is Giving Away Free Burgers This Week — Here’s How You Can Get One
Next Post: Research Shows That Nostalgia Can Be Beneficial For Your Well-Being