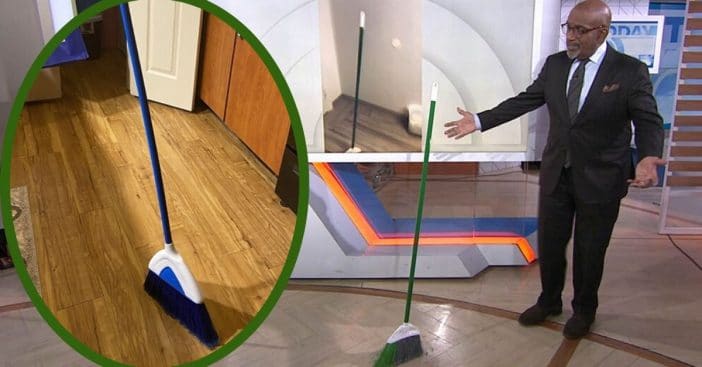 Within the last few days, the broom challenge has been circulating across the Internet. It consists of a broom standing upright without any assistance. A Twitter user’s video went viral after they claimed that NASA said February 10th was the only day this could be done due to the gravitational pull. Since that initial video, many people have been sharing their own experiences taking on the broom challenge.

However, Al Roker isn’t convinced. He called out the challenge on the TODAY show. He says, “It’s not about yesterday, You can do this any day. Basically, you use the short bristles to act like a tripod. Anybody can do it.” Watch the original video below.

Al Roker debunks the Broom Challenge… nothing special about February 10th at all!

Okay so NASA said today was the only day a broom can stand up on its own because of the gravitational pull…I didn’t believe it at first but OMG! 😭😭😭😭😭 pic.twitter.com/M0HCeemyGt

Roker shares his thoughts on the broom challenge on Twitter, along with his own video. He says, “This whole #broomchallange is a #hoax. @NASA did not tweet out that brooms would balance yesterday. You can do it any day if you have these bristle brooms.”

In addition to Roker, many other people have done their research to see if NASA confirmed this at all, which they did not. People still decided to try their hand at balancing their brooms upright anyway, creating the viral challenge across the Internet. Take a look at Roker’s video that was taken the day after February 10th! This completely debunks the initial theory.

Many people, including celebrities, are taking part in the challenge just for fun

This whole #broomchallange is a #hoax. @NASA did not tweet out that brooms would balance yesterday. You can do it any day if you have these bristle brooms pic.twitter.com/jav07AP9j9

Despite this theory not being true, many people are still shocked that their broom can balance on its own. “Probably more about the low center of gravity than a planetary alignment, but I had to try it anyway. LOL,” someone writes. Another person says, “I didn’t know we could do this with our brooms.”

Even celebrities like Paula Abdul are taking part in the challenge. “Pajama broom challenge. What are you doing on a Monday Night?! #broomchallenge” she writes on Twitter next to a video of her broom challenge. In conclusion, there is no such thing as a “gravitational pull” that causes a broom to stand up-right only on February 10th. It’s just a thing that brooms have been able to do this whole time, and we didn’t know about it until now.