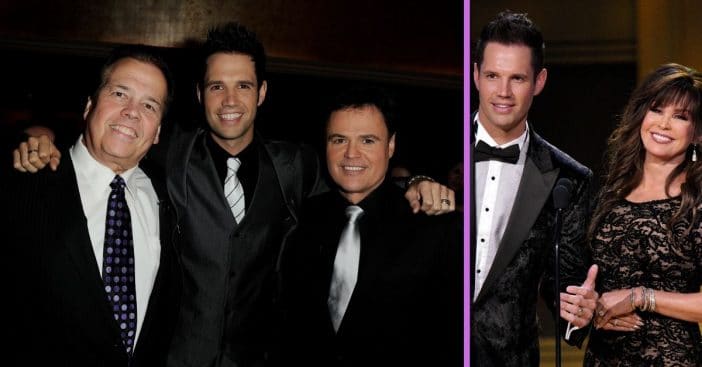 Marie Osmond recently opened up about her brother Alan and nephew David’s battles with multiple sclerosis (MS). On Super Bowl Sunday, she shared a video called, “Never celebrate too early. Even a moment can change your life.” Marie said that her nephew David sent her the video and it reminded her of an inspiring story.

In the video, you can see a compilation of competitors in different sports, celebrating their perceived win. Only, while they were celebrating, another competitor comes up and beats them! Marie shared her take on the video and noted her brother and nephew’s MS battle and how they inspire her every day.

She wrote, “In the spirit of #SuperBowl Sunday, my Nephew @DavidOsmond sent me this funny video of competitors in various sports who stopped seconds before actually crossing the finish line. It was so stunning how they thought they had finished—no, they were SURE they had finished—in fact, they were already celebrating a victory but there was one important component they ignored… they got too confident and ‘didn’t finish their game.'”

Marie shares her take on the funny video

She continued, “While they started to celebrate a big win, they all had to do a double-take as they watched their opponent come from behind and do what they had not done, be the first to cross the finish line. These competitors didn’t take into consideration there was still time on the clock or they hadn’t actually crossed the finish line. But the real winners did watch the clock and realized there was still time left and saw the finish line hadn’t been crossed yet. They continued to give their all so they could try and finish first… and they did! What a powerful life lesson this funny little video shows!”

She also discusses Alan and David Osmond’s struggles with MS

Marie took inspiration from her own life and family for this post. She said, “There are so many examples in life of people who simply did not give up. My brother Alan, his son, and my nephew David who sent the video all have MS (multiple sclerosis). It’s a huge struggle, but they never give up. Instead, they use this motto every single day of their lives for a positive remembrance to find strength in their daily challenges: ‘I may have MS, but MS does not have me!’ Isn’t that the best example of what you should do when life hands you hard things?”

Sadly, David was diagnosed with MS at the young age of 26 years old. This was years after his father, Alan was diagnosed. David opened up about the first signs of his MS. He said, “I took my shoes off and I turned to my girlfriend. I said, ‘My feet feel like they’re being run over by a steamroller.’ Within a few weeks, that crushing feeling progressed up my legs. It was all the way up to my chest within a few months.”