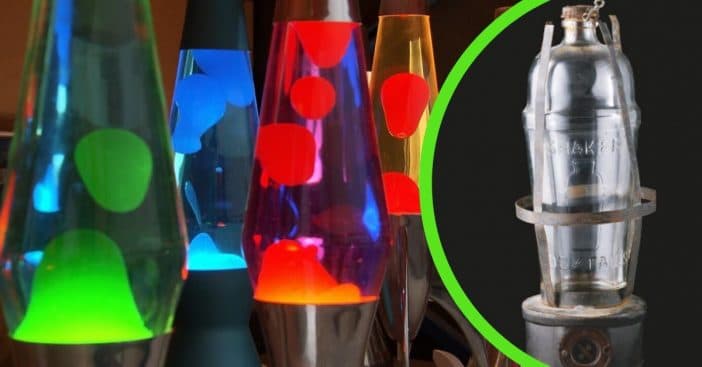 Also known as an astro lamp, the lava lamp left viewers hypnotized from the first second. Its power radiates into the present day, though we don’t see them as much as we did in the ’60s. Their meaning is as elusive as the shifting shape within the clear glass tube in which they reside. For some, it’s a symbol of their free nature. For others, it’s a stunning decoration. And for others still, it’s a mix of both or absolutely neither. But the power of nostalgia makes them desirable to this day.

We have British accountant and filmmaker Edward Craven Walker to thank for the lava lamp. An unlikely invention deserves an unlikely source, after all. But Walker’s unique background might explain the nature of lava lamps as we know and love them today. Take a walk through history and learn just how these mesmerizing lights came to be.

The lava lamp started with another purpose in mind

Lava lamps turn 57 this year, and in varying amounts, they’ve kept us transfixed the entire time. While admiring their ever-changing glow, it’s easy to miss their surprising origins. When Edward Craven Walker entered a pub, he saw something he had never seen before. According to Smithsonian Magazine, the Brit saw a homemade egg timer made from a cocktail shaker sitting on top of a stove and filled with strange-looking liquid. Intrigued, Walker decided to adjust and perfect the design, using a lightbulb as a heat source instead of an oven. His rendition used a notorious British drink known as Orange Splash.

RELATED: The History Behind Those Vintage ‘Shiny Brite’ Christmas Ornaments

While not many people would miss a bottle of Orange Splash, they would be sad to miss the invention Walker made with it. Specific details about lava lamps can be notoriously hard to pin down. But some testing finally showed carbon tetrachloride as crucial for getting the changing globular effect lava lamps are so famous for. That gives weight to the wax within the lamp, which then changes shape because of the heat source. The heat liquifies the blob and sends it up to the top of the lamp. There, away from heat, it starts to solidify and cool, thus returning to the bottom of the lamp.

Not many people pour over notes during long study sessions using a lava lamp as their light source. And fans have differing opinions both with the creators and among each other about what the lava lamp represents. The 1968 edition of the American Bar Association Journal advertises the light as very “executive” in appearance. Yet now we associate them with cool vibes, wild colors, and the unique cultures of those decades. Even today, we look back on these with fascination, for they often have ties to our lives, including Dirty Jobs host Mike Rowe, according to CNN.

This craze came to America when, in 1965, Walker sold manufacturing rights in the U.S. to the company Lava Lite. Though numbers faltered in the following years after an initial explosion, the lava lamp endured. That is because of its universal appeal. They carry symbols of and cater to many different cultural movements in America. The sleek design even made it a welcome presence for the space age. Nostalgia drove sales back up again in the ’90s and 2000s, and today Mathmos – the successor to Walker’s original company – sells millions to stores like Target and Walmart. Take a look at how lava lamps are made these days with the video below.

Click for next Article
Previous article: The Son Of Valerie Bertinelli And Eddie Van Halen 28, Looking Very Different
Next Post: Priscilla Presley Says She Will Always Support Lisa Marie And Her Grandkids