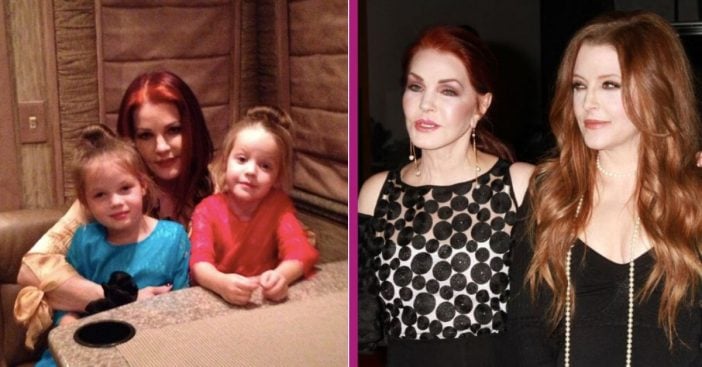 Despite any ups and downs that may have happened throughout the years in the family, Priscilla Presley will never stop supporting her own. She says that she will never stop giving all the love and support in the world to her daughter, Lisa Marie Presley, and her grandkids. “Priscilla still supports Lisa Marie, she always will, but that doesn’t mean she agrees with the way her daughter goes about things,” an inside source tells Closer Weekly.

The insider continues, “Over the years their relationship has fluctuated from very close to strained, but right now they’re on good terms. Priscilla just wants to support her daughter and her grandkids, who mean the world to her.”

Priscilla Presley will always support and love her family

Priscilla has four grandchildren, Riley, 30; Benjamin, 27; and twins Finley and Harper, both 11. If there’s one thing she loves more than anything in this world, it’s her grandkids. She has previously said how proud she is of her grandchildren and watching them grow up. “Priscilla loves following Riley’s acting career, she’s so proud of her,” the inside source says.

They continue, “I don’t know if she or Lisa Marie have seen the final cut of her film, ‘The Lodge’, but what they have seen they’re very proud of. It’s a horror story and Riley has gotten some good reviews, so they’re all excited about it.”

Seeing the youngest grandkids grow up and develop their own talents

“The [twins] are great … Time is flying by so fast,” Priscilla says of her two youngest grandkids. “I think they’re quite talented actually. They were in ballet and dance class and opera, so they’re testing the waters a little bit.”

Sounds like Priscilla is doing a great job of being a supportive parent and grandparent to the family! Elvis’s heart would be so full. Check out the video below where Priscilla talks in an interview about how her granddaughters inspired her children’s book Love Me Tender.