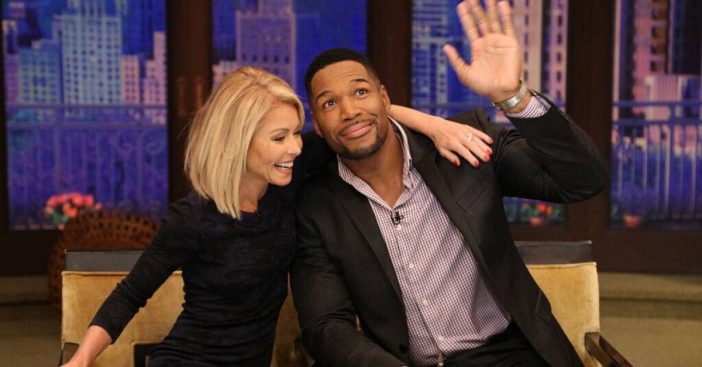 Michael Strahan now of Good Morning America used to work with Kelly Ripa on Live with Kelly and Michael. Without naming the show or Ripa, Strahan recently said that he worked in previous jobs where he “got there and realized it’s not about the team. It’s selfish, and I don’t operate well under that.”

“‘I’ve had jobs where I got there and felt like: Wow, I didn’t know I was supposed to be a sidekick. I thought I was coming here to be a partner,” Strahan continues. The reason behind tensions between Strahan and Ripa first came to light when he left the show to join GMA’s team. Ripa says that she was “blindsided” by the news and even took a whole week off from the show following the news. She returned with some words for Strahan’s sudden departure.

Michael Strahan has some thoughts about Kelly Ripa

While working with Ripa, Strahan says he did try to make everything right by reaching out and healing the tensions. “One thing I tried to do is have a meeting every few weeks with her,” he reveals. “We met a few times, and that was fine. But then eventually she said she didn’t need to meet. Can’t force somebody to do something they don’t want to do.”

Strahan continues on about Ripa and the show, “If you look at the show, it really hasn’t changed since Regis started the damn thing. He created this formula. It’s kind of a plug-and-play. You learn how to craft a story. ‘What did you do last night?’, ‘Oh, I had a glass of water.’ But you learn to tell the story to make it seem like the glass of water.”

He still respects her, regardless, and says she’s very good at her job

Despite everything, Strahan does acknowledge that he has respect for her and admits that she is very good at her job. “Those are things that I learned from her. She’s brilliant in that way. If people think, Oh, he hates her – I don’t hate her. I do respect her for what she can do at her job. I cannot say enough about how good she is at her job.”

Looking back on his departure from the show, Strahan says he would have done things differently. “I was asked to do [GMA] by the people who run the network. It was really not a choice. It was a request,” he says. “But it was treated as if I was the guy who walked in and said, ‘I’m leaving.’ That part was totally misconstrued, mishandled in every way. People who should have handled it better have all apologized, but a lot of the damage had already been done.”

Ripa would continue to host the show solo until 2017 when Ryan Seacrest would formally take the place of Strahan. She has been hosting Live ever since 2001.