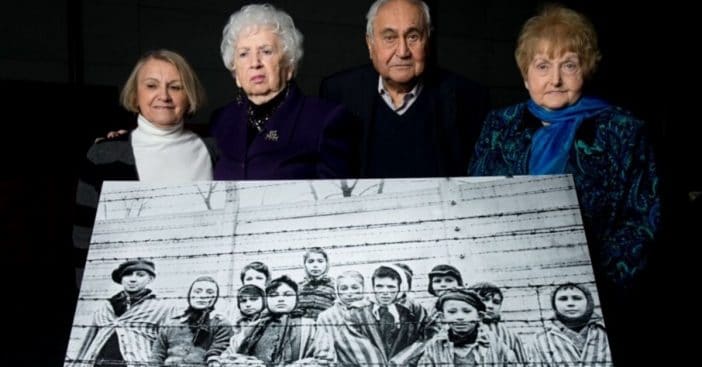 The majority of those killed in the concentration camp were murdered by utilizing gas chambers. Some also died of starvation, disease, exhaustion, and executions. At the time the Soviet Army showed up, only 9,000 prisoners remained. All the others had already died or were sent to a final death march. The Soviet Army would enlist the help of local Poles and the Polish Red Cross to help take care of those survivors who desperately needed aid. About 7,500 of those people survived.

Hundreds of survivors and their families return to commemorate Auschwitz liberation

Recently, over 200 survivors attended a vigil with their families at Auschwitz. It was in commemoration of the liberation of Auschwitz once and for all. The site is now a museum dedicated to the many who were lost during that horrible time in history. Most of these survivors came from Israel, the United States, Australia, Russia, and Peru.

RELATED: Holocaust Survivor Reunites With Family 73 Years After They Hid Her From Nazis

Polish President Andrzej Duda speaks to those at the commemoration. “We have with us the last living survivors, the last among those who saw the Holocaust with their own eyes,” they say. “The magnitude of the crime perpetrated in this place is terrifying, but we must not look away from it and we must never forget it.”

Anti-Semitism then and now

Yvonne Engelman, a 92-year-old Australian, was joined by three generations of her family. She says, “I have no graves to go to and I know my parents were murdered here and burned. So this is how I pay homage to them,” she says. For instance, the commemoration was held in a heated tent above the train tracks that sent prisoners to Birkenau. Many prisoners were sent here to be gassed and cremated.

Ronald Lauder, the president of the World Jewish Congress, has also spoken out in addressing anti-Semitism in the modern world. He says that after the war when “the world finally saw pictures of gas chambers, nobody in their right mind wanted to be associated with the Nazis.” He says, “But now I see something I never thought I would see in my lifetime, the open and brazen spread of anti-Jewish hatred. Do not be silent! Do not be complacent!” He continues, “Do not let this ever happen again – to any people!”