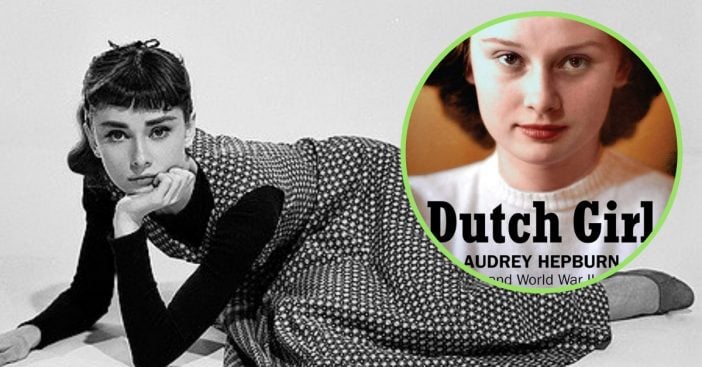 The new book “Dutch Girl: Audrey Hepburn and World War II” shares a different side of Hepburn. Many people know Audrey Hepburn from movies like Breakfast at Tiffany’s and Sabrina, but the book shares some interesting details about the past of this beautiful actress.

Her son Luca Dotti, knew that his mother survived the war, but he never knew the extent of what she went through. That is until historian and biographer Robert Matzen did some digging and found some amazing stories.

Learn what Audrey Hepburn did

Hepburn was from Holland and lived there when the Nazis were in Holland for five years. She reportedly worked for the Dutch Resistance against the Nazis and repeatedly risked her life. She was only about 14 years old at the time.

One of her jobs was to help the pilots because she could speak English. She brought them food and could communicate with them to help them. If the Nazis came around and discovered Hepburn, she would pick flowers and act innocent so they would just overlook her.

Hepburn also delivered the Resistance newspaper. This was not allowed by the Nazis and she could have been seriously hurt or killed if they found out she was doing this. She apparently put them in her socks and shoes and then went out to deliver them in secret.

She also used her talents to help the Resistance. They would hold illegal music and dance evenings called “black evenings.” They called it this because the windows were blacked out so the Nazis couldn’t see in. She helped them collect money from her performances.

Her son Luca is proud to share this new story about his mother. He wants fans to know that she was so much more than the beauty and style icon she is most known for. He is proud that she was so brave, knowing that she also almost died from starvation a few times because of the war.

Hepburn was an ambassador for UNICEF later in life, helping war-torn countries. She was likely drawn to this line of work because of her past. She is truly an inspiration in so many ways! We miss her so much. Hepburn died in 1993 at 63 years old.

What do you think about this story? Did you know that Hepburn helped fight against the Nazis?

If you enjoyed learning this information, please SHARE with your friends and family who love Audrey Hepburn and will want to read the new book! Buy the book here.

Click for next Article
Previous article: Henry Winkler Opens Up About Self-Doubt And Dyslexia
Next Post: Britney Spears Checks Into Mental Health Facility Amid Father’s Illness