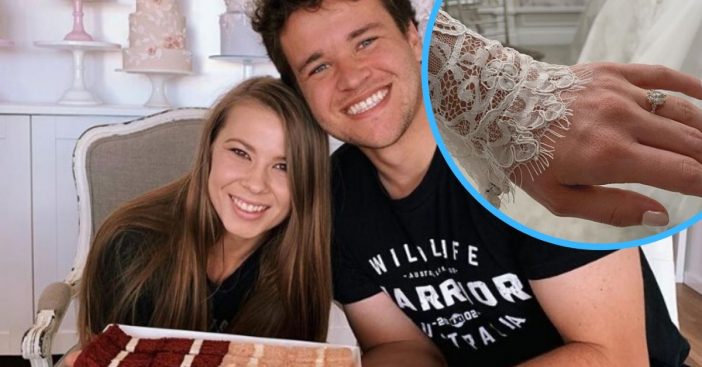 In a recent interview, Bindi Irwin shared more about her famous family, her wedding plans, and whether or not she plans to have kids of her own. Bindi was born on television and spent many years on her dad Steve Irwin’s show The Crocodile Hunter before he passed away. Now, Bindi and her mother Terri and brother Robert are on their own show called Crikey! It’s the Irwins.

Bindi admits when she got engaged it was a very emotional time. This was because her father wasn’t there to celebrate with the family. She said she knows she will be emotional on her wedding day for the same reason. However, her brother Robert will be walking her down the aisle!

She said, “I think it’s going to be tough, but Robert is very strong and he’ll help me hold it together. He takes everything so seriously and always does such a good job with everything. He’s wonderful.” Bindi said she would love for Robert to make a speech as well.

RELATED: A Young Bindi Irwin Honors Her Late Father With Memorial Speech Shortly After His Passing

She continued, “I’m excited to involve so many close people in my life in our wedding day, because it’s about celebrating our love but also about celebrating everybody who’s helped us to get to this point in our lives.”

Bindi said she hasn’t decided how to incorporate her father’s memory into the wedding yet but plans to do something for both the ceremony and reception. She said she believes he will be there in spirit. Bindi and her fiancé, Chandler Powell joke that they might walk down the aisle to Elton John‘s “Crocodile Rock.”

In conclusion, the youngest Irwin also admits she would love to have kids one day and pass along the legacy. She said, “One day it’d be special to have my own little wildlife warriors! I think it’s a way away right now, but if and when it does happen, I can guarantee you they’ll have their own khaki because khaki is not just the color, it’s an attitude.”

Congrats again to Bindi and Chandler! We can’t wait for their big day!

Previous article: Alan Alda Jokes His Wife “Contemplated Murder” During Their Six-Decade Marriage
Next Post: These Stores Have The Best & Worst Return Policies This Year